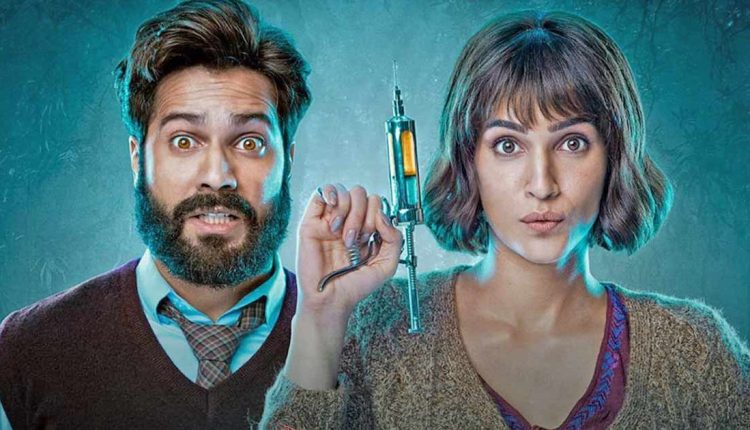 Bhediya Box Office Day 4 (Early Trends): After JugJugg Jeeyo, Varun Dhawan returned to the big screen with Amar Kaushik directorial. Co-starring Kriti Sanon, the film has been receiving positive to mixed reviews from audiences and critics. Netizens too are showering praises on the VD starrer. On the other hand, the film seems to be facing a tough time at the box office as Ajay Devgn-led Drishyam 2 is yet to make way for Bhediya.

Released a week ago, Drishyam has taken the box office by storm with its impeccable collections. Helmed by Abhishek Pathak, the film also stars Tabu, Akshaye Khanna, Shriya Saran and others.

As per the early trends flowing in, the Varun Dhawan starrer has been faring well at the box office. According to the latest media reports, Bhediya has garnered around 4.5-5.5 crore* on the 4th day. With the latest numbers, the film’s total collection now stands at 33.05-34.05 crore at the domestic box office. The film minted 28.55 crore in its first weekend.

Kantara Box Office: Carrying A Budget Of 16 Crores, This Rishab Shetty Starrer Has Gone Way Beyond The Profit Of 1500%

After having the first fair weekend, the film has successfully passed the first Monday test and we are already excited about its weekdays’ collections.

Meanwhile, Bhediya is facing tough competition with Drishyam 2. Despite being released a week later from the Ajay Devgn starrer, the film is yet to surpass it at the ticket window.

On the other hand, Drishyam 2 is inching closer to the 150-crore mark as it has already earned 143.90 crore within 10 days of its release. A while back we brought you its day 11’s early trends and it is likely to garner around 5-7 crore at the domestic box office. Looking at its pace, the film will soon enter the 200-crore club.

Coming back to Bhediya, we might still have to wait for a few more days to see Varun Dhawan reach its first milestone and touch the 50 crore mark.

For more such box office updates, stay tuned to Koimoi!

Must Read: Bhediya Result Of Koimoi ‘How’s The Hype?’ Out! I’s A Good Response For Varun Dhawan Led Film But Definitely Not A ‘Thumka’ Time Thanks To Drishyam 2 Fever

Palak Tiwari looks like a superstar in blue salwar kameez

Cavani a nightmare to mark in training as well: Maguire

Nirvana To Mark 30 Years Of Classic Album ‘Nevermind’ With…