Best 15 Ankit Gupta Looks That We Are Crushing Over Now! 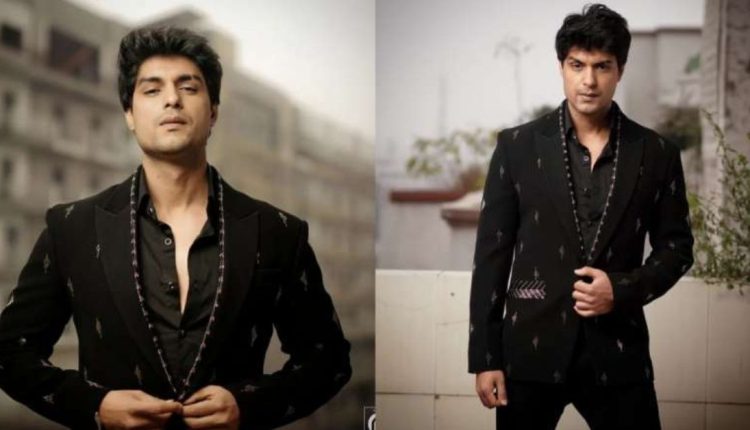 The TV industry’s most attractive actor is Ankit Gupta. He is gaining a lot of attention for his role as Fateh Singh Virk on the most talked-about television show, Udaariyaan. He appears next to Priyanka Chahar Choudhary. Audiences adore their chemistry on screen. He made his acting debut in the 2012 Colors TV series Balika Vadhu as Dr. Abhishek Kumar. Today, we are talking about the best Ankit Gupta looks.

He is best known for his roles in shows like Sadda Haq, Kuch Rang Pyar Ke Aise Bhi, Begusarai, Mayavi Maling, and Kundali Bhagya. He is captivating the audience with his stunning appearance and performance. His attractive persona and body are to die for. He is completely obsessed with fitness and enjoys experimenting with various workout routines. Let’s check out some best Ankit Gupta looks.

Ankit Gupta recently shared photos from a photo shoot in which he was seen wearing a three-piece suit that was all black. This black ensemble looks great with the blazer’s minimal golden detailing.

In his upcoming Colors TV show “Junooniyatt,” the actor will soon star alongside Sargun Mehta and Ravi Dubey. He shared some pictures of his fictional character, in which he can be seen wearing a striped “sadri” in gold and black and a shirt that is grayish-blue. Along with this ensemble, he is also donning a black bucket hat. This Ankit Gupta look is being appreciated by all.

Ankit Gupta can be seen wearing a classic white button-up shirt and black pants in an episode of Big Boss. The shirt is cut to perfectly frame his curves. He paired it with black pants, and many people are falling in love with this look.

He sports a street-style look in which he wears denim and a neon green sweatshirt to make an OG fashion statement. This is one of the best Ankit Gupta looks.

The actor never fails to awe his admirers with his physical appearance. When he wears a white three-piece suit set, he absolutely draws the public’s attention.

He completed his look by wearing denim pants and a straightforward denim jacket over a plain white tee. He can teach budding models how to style jeans.

Despite his love of everything he wears, this man has a distinct obsession with bomber jackets. He looks absolutely stunning in any of his outfits, whether he wears the bomber jacket with plain, solid-colored t-shirts or a funky, bright t-shirt.

Ankit’s black zipper hoodie is a must-have if you’re looking for hoodie ideas to add to your wardrobe. In this casual hoodie, the young man looks absolutely stunning.

If you follow Ankit, you are aware of his affinity for denim. Therefore, how could he overlook some denim shirts? He knows that wearing a denim shirt can look good on anyone.

Do you agree that men in traditional cultures hit differently than men in modern cultures?In the show Big Boss, this handsome man looks too hot to wear a plain white kurta.

Who said flowers were only for girls? Take a look at Ankit’s wardrobe; his black and white floral t-shirt look has become a fashion statement, and you can’t help but notice him in it. Boys, the clock is ticking. Start experimenting with your style and your wardrobe’s floral prints.

Ankit Gupta looks are admirably while only donning a few basic Khadi shirts, making him extremely stylish and causing everyone to gasp in amazement. He paired it with regular pants, which can be tried by anyone. A plain black jacket is what comes to mind when we think of jackets, but Ankit styled it in an extremely cool way. Ankit Gupta is giving us all reasons to try all of his looks because fashion is something that anyone can easily wear and still look classic. Therefore, give any of his looks a shot and rock the styling game. We are currently obsessed with Ankit Gupta looks so do let us know which one is your favorite.

The TV industry’s most attractive actor is Ankit Gupta. He is gaining a lot of attention for his role as Fateh Singh Virk on the most talked-about television show, Udaariyaan. He appears next to Priyanka Chahar Choudhary. Audiences adore their chemistry on screen. He made his acting debut in the 2012 Colors TV series Balika…

Best Fashion Companies To Keep In Your List In 2023

Best 6 Hairstyles For Long Hair On Kurti You Can Try

Raashii Khanna Bagged A Role In ‘Farzi’ Due To An Old Audition Tape? The Actress Said, “It Wasn’t Particularly For Any…

Cinema Marte Dum Tak: Arjun Kapoor Spills The Beans On His Cameo Appearance In The Docu-Series, “…Was Not Intended To…

Alaya F Celebrates 3 Years Of ‘Jawaani Jaaneman’, Says “Every Time I Think About This Film…”

Always wanted my name to be etched on people’s hearts…

‘The Cot’ addresses problems many Indians…

M1xchange to tap IT, cement and paper segments