BBC chairman asks for review into his own hiring 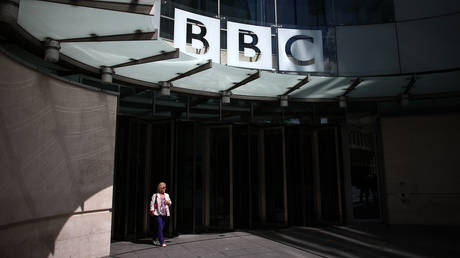 The BBC may soon launch an internal investigation into the hiring process for its current chairman, Richard Sharp. A report by the Times has suggested the former banker got the job from offering financial advice to former Prime Minister Boris Johnson.

An independent inquiry was first demanded by the Labor party following the publication of the Times article, but now Sharp himself has urged a review in order to prove there was no conflict of interest in his appointment.

“Our work at the BBC is rooted in trust. Although the appointment of the BBC chairman is solely a matter for the government…I want to ensure that all the appropriate guidelines have been followed within the BBC since I have joined,” Sharp was quoted as saying by Sky News on Monday.

On Saturday, the Times published an article claiming that the BBC chairman had helped arrange a guarantee on a loan of up to £800,000 for Boris Johnson just weeks before the PM recommended Sharp for the role in late 2020.

The outlet accused Sharp of failing to disclose his involvement with Johnson’s finances, which constitutes a potential conflict of interest, to a panel that interviewed him for the BBC position and did not bring up the matter during his pre-appointment hearing before a House of Commons committee in February 2021.

Sharp, however, responded to the Times by stating that there has never been a conflict, because he “simply connected” Johnson with Canadian multi-millionaire Sam Blyth who ended up acting as a loan guarantor for the PM. Sharp insisted he had no further involvement in the matter whatsoever.

Johnson has also denied the accusation there was any impropriety in the BBC chairman’s appointment. Speaking with Sky News on Monday, the former PM said suggestions that Sharp was involved in his personal finances were “complete nonsense.”

“Let me just tell you, Richard Sharp is a great and wise man but he knows absolutely nothing about my personal finances – I can tell you that for 100% ding dang sure,” Johnson said.

The BBC has stated that Sharp has agreed with the broadcaster’s senior independent director that a committee will look further into the issue and “in the interests of transparency,” will publish the investigation’s conclusions.

BBC chairman Richard Sharp has asked for a review into his hiring amid claims he got the job by helping former PM Boris Johnson secure loan Read Full Article at RT.com