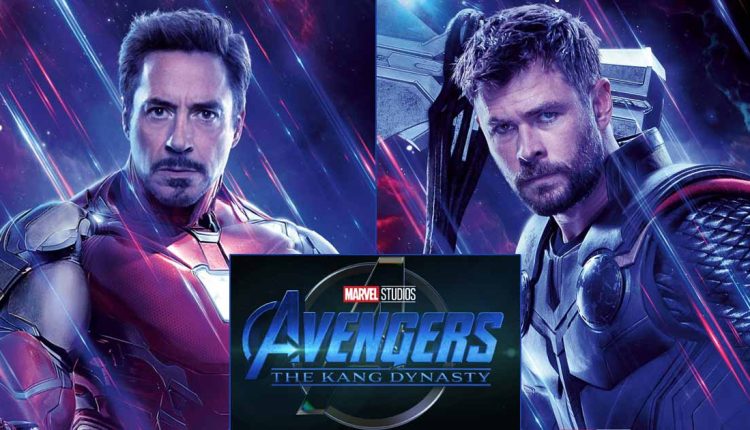 Avengers: The Kang Dynasty: Will Chris Hemsworth’s Thor Finally Have An Heroic Sacrifice After Being Denied In Avengers: Endgame?(Photo Credit –Poster From Movie)

Thor, the mighty God of Thunder, is one of the most important characters in the Marvel Cinematic Universe. Chris Hemsworth’s Demi-god had reached a point in his heroic journey where it is time for him to face his ultimate demise. However, he was denied the opportunity in Avengers: Endgame & Robert Downey Jr’s Iron Man was chosen. But will he get the opportunity in Avengers: The Kang Dynasty?

The fifth instalment of the Avengers movie is all set to hit the big screens in 2025. The much-awaited Marvel film will see Earth’s Mightiest Heroes face off against Kang the Conqueror, acting as the first installment of the two-part finale to the Multiverse Saga.

The Avengers will undoubtedly not survive their showdown with Kang undamaged and may actually lose numerous key members of their team, possibly even the Norse god of thunder Thor. This is because they have such a huge battle ahead of them.

If this happens, it would be a much-reward sacrifice for Chris Hemsworth‘s Marvel character. Since other members of the Avengers did not allow the Demigod to wield the Infinity Gauntlet in the film’s final act to bring back Thanos’s victims. Despite his pleas for everyone to allow him to sacrifice his body, The Hulk was picked to use the Gauntlet and the combined force of the Infinity Stones severely injured him in the process.

Thor was then, forced to watch as Tony Stark gave his life in the ensuing conflict. Thor felt as though he had let his friends down. It is also worth pointing out that Chris Hemsworth indicated that he wants Thor to die in his subsequent MCU appearance after Thor: Love and Thunder, claiming that the character has reached the stage in the Hero’s Journey where it is time for him to confront his final demise.

Given the impending arrival of Kang the Conqueror, one of the only villains powerful enough to murder a being as powerful as Thor, these claims appear especially plausible. Kang may be the antagonist who finally eliminates Thor from the game, but not on his own terms, following in the footsteps of the Mad Titan Thanos, whose dominion resulted in the deaths of several powerful Avengers.

As Thor yearns to sacrifice himself, the stage is seemingly finally set for his demise in Avengers: The Kang Dynasty. Fans are also eagerly looking forward the epic battle that will lead to Norse God’s ultimate sacrifice.

More Than 7000 NYC Nurses Go On Strike After Fails Contract