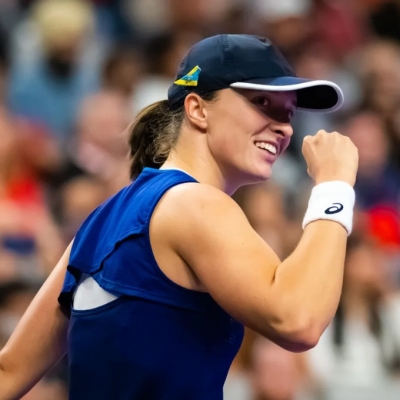 Melbourne, Dec 8 (IANS) World No.1 Iga Swiatek leads the entry list for next year’s Australian Open, which is based on the WTA rankings of the week beginning December 5.

Reigning Roland Garros and US Open champion Swiatek is one of 12 current or former Grand Slam winners who have entered the first major of 2023, which begins on January 16 in Melbourne. The Pole, who reached her first Australian Open semifinal this year, will be bidding to add a fourth Grand Slam title to her haul so far.

This year’s champion, Ashleigh Barty, retired from professional tennis in March and will not defend her title.

As per WTA, nineteen of the world’s Top 20 are entered, with the only exception being the provisionally suspended Simona Halep.

Kenin, currently ranked No.240 and on the comeback trail after an injury-struck season, is one of 11 players using a special ranking to enter the main draw.

No.95-ranked Ysaline Bonaventure is the last player to be directly accepted into the main draw. In the event of withdrawals, the next five players in would be Harriet Dart, Kateryna Baindl, Dayana Yastremska, Alycia Parks and Margarita Betova (née Gasparyan, using a special ranking).

Injury worries mount for Argentina ahead of Netherlands showdown

Healthcare e-Compendium and Online CMEs an initiative of…