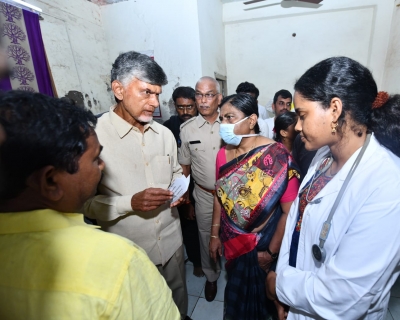 Amaravati, Dec 28 (IANS) At least seven people died and eight others were injured after falling in a drainage canal in Kundukur town of Andhra Pradesh’s Nellore district on Wednesday during a road show of TDP chief Chandrababu Naidu, police said.

Police said the incident occured when there was stampede like situation during the road show by the former Chief Minister.

After the tragedy, Naidu immediately cancelled the meeting and announced Rs 10 lakh to the kin of the deceased.

The Telugu Desam Party (TDP) President called on the injured at the hospital and directed party leaders to ensure best treatment to the injured.

“Losing 7 TDP family members at once is a tragedy beyond words. The death of activists is a great loss for the party. The party will support the families of the deceased activists in all ways. I pray to God that such incidents do not happen in the future,” he said in a statement.

Groundwater running out in northeastern Illinois

Fight between retired Army couple ends in killing of husband