20,842 illegal migrants rescued off Libyan coast since start of 2022 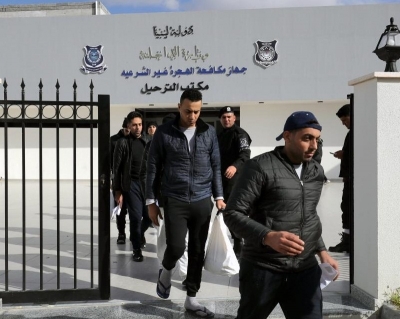 Tripoli, Nov 29 (IANS) The International Organization for Migration (IOM) said a total of 20,842 were rescued and returned to Libya so far in 2022.

Also, 514 migrants died and 865 others went missing off the Libyan coast on the Central Mediterranean route, it added.

In 2021, a total of 32,425 illegal migrants were rescued and returned to Libya, according to the UN agency.

Libya has been suffering insecurity and chaos since the fall of the late leader Muammar Gaddafi in 2011, making the North African country a preferred point of departure for illegal migrants who want to cross the Mediterranean Sea to European shores.

Rescued migrants end up inside overcrowded reception centres across Libya, despite repeated international calls to close those facilities.

Indian worker in Singapore dies after falling into sea

Sporting competitions in India to return by October: IOA…

Pentagon doubles down on refusal to process DC migrant…

Mushfiqur apologises to nation for loss to India