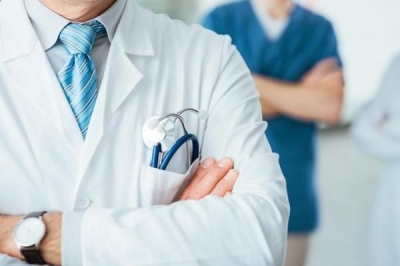 New Delhi, Sep 23 (IANS) The Centre on Friday told the Supreme Court that it is working on the court’s suggestion to assist Ukraine-returned medical students.

Counsel, representing the Centre, submitted before a bench of Justices Hemant Gupta and Sudhanshu Dhulia that the authorities concerned have written to the Secretaries of Ministries of External Affairs and Health, and they are working on the court’s suggestion.

On September 16, the top court suggested that the Central government could develop a web portal providing details of foreign universities for the Ukraine-returned students to complete their studies, as per the government’s academic mobility programme.

In connection with the development of a web portal, the counsel submitted that it has been taken up with utmost priority. Counsel, representing the students, submitted that final-year medical students can be permitted to take online education. Another counsel, representing some students, contended that around 13,000 medical students are affected and several states have written to the Centre on the issue.

The top court replied that it is not saying anything at the moment and it will pass a comprehensive order. After hearing arguments, the top court has scheduled the matter for further hearing on October 11.

In the last hearing, Solicitor General Tushar Mehta had said that he is not taking an adversarial stand and sought time to get instructions from the authorities concerned regarding the suggestions made by the top court.

He submitted that the government has taken several measures: students who could not do their clinical training have been permitted to complete it here and it has been ensured that they will get their degrees from Ukraine, and the other is ‘academic mobility programme’.

The bench noted that the government has a problem in admitting 20,000 students in Indian colleges and added that students will have to go to foreign countries to avail alternate ‘academic mobility programme’, and the government must coordinate with them, extend all help.

The Centre has told the Supreme Court that medical students, who returned from Ukraine cannot be accommodated in the Indian universities in the absence of provision under National Medical Commission (NMC) Act, 2019, and if any such relaxation is given, then it will seriously hamper the standards of medical education in the country.

The top court had said one officer cannot handle 20,000 students and the government can develop a web portal for students to access information.

‘A hero for all Indians too’: PM Modi pays…