Varun Dhawan and Kriti Sanon goof around as they step out during Bhediya song shoot; PICS 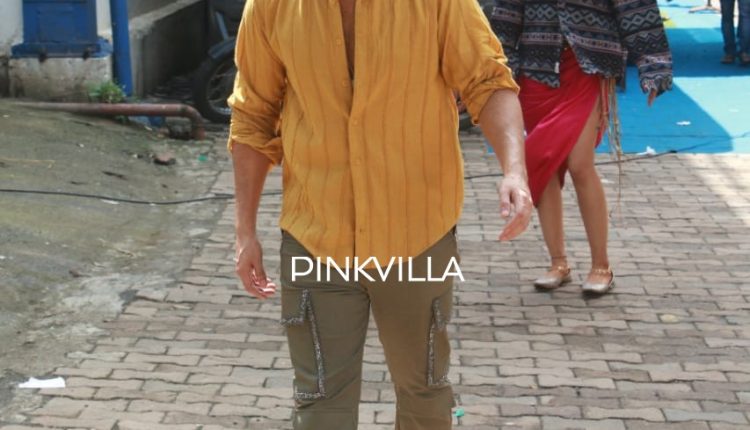 Varun Dhawan and Kriti Sanon are shooting for a song from their upcoming film Bhediya. The shooting is going on in Mumbai. Their fun videos have been going viral. Varun has been posting behind the scene videos on his Instagram handle and keeps fans updated. Yesterday the actor shared the video of the night shoot and today they were spotted on the set. Well, their fun banter is what captured the attention.

Varun was dressed in a mustard colour shirt paired with dark green colour cargo pants. And Kriti was dressed in red colour high-slit dress and had covered it. Both were having fun with shutterbugs. Kriti was also teasing Varun for his beard. Varun shared a video earlier saying that Parle-G and tea is an awesome combination. He was enjoying tea in between the song shoot. The pair was also seen in Dilwale co-starring Shah Rukh Khan and Kajol.

Take a look at the pictures here:

Varun will be next seen in Bawaal co-starring Janhvi Kapoor. It is releasing next year. While Kriti has a lot of projects lined up. She also has Adipurush with Prabhas and Saif Ali Khan. The actress was last seen in Mimi and her performance was lauded in the film.

SS Rajamouli signs with Hollywood agency CAA; Is a new project on the cards?

No Other Indian City Belongs As Much to its Public As…