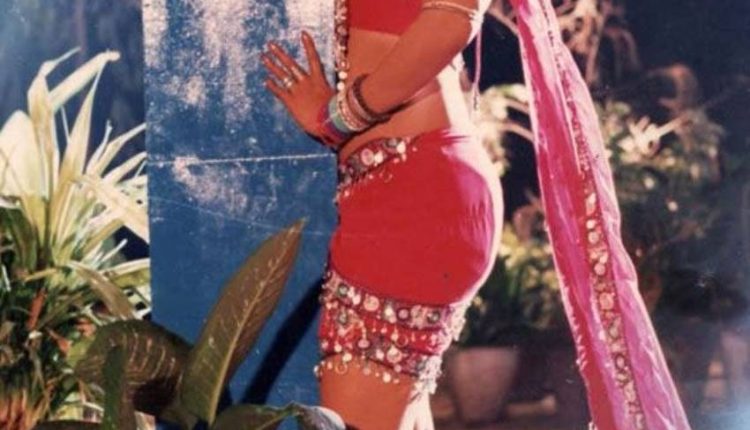 Silk Smitha, born as Vijayalakshmi Vadlapati in a Telugu family, was known as the queen of sensuality and a favourite among the masses in the South Indian film industry. In her long career of 17 years, the late actress was part of several successful dance numbers and appeared in over 450 films. But her life took a tragic turn and she ended her life in 1996, at the age of 35. On her death anniversary, today, September 23, here’s a look at everything you want to know about the most controversial yet popular actress of South Indian cinema.

Forced marriage
At the age of 14, Silk Smitha was forced to get married. Her parents had fixed her wedding without her knowledge. However, a few years later, she escaped from her forced marriage and shifted to Chennai.

Her first major role in the Tamil film Vandichakkaram helped her to gain a lot of attention. She was known as the screen name ‘Silk’, after her character’s name in the movie. However, her roles in the films inevitably found her typecast. She could not escape typecasting. She went on to work in Tamil, Malayalam, Telugu, Kannada and a few Hindi films as well. Her dance numbers in films like Moondru Mugam, Amaran, and Halli Meshtru (in Kannada) were celebrated and made her the ultimate symbol of sensuality in the South.

Audience-drawing power
Moondram Pirai, by Balu Mahendra, which was remade in Hindi as Sadma, witnessed a top-drawer cast of Sridevi, Kamal Hassan and Silk Smitha reprising their roles. This is when she was at the peak of her career. The film managed to make a mark in her film career.

She was an introvert and had a very small circle of friends. Silk Smitha was first spotted by late actor-director Vinu Chakravarthy. He helped her and arranged dancing and acting classes. In 1980, she bagged the role of a bar girl in Vandichakkaram.

September 23, 1996
On the morning of September 23, 1996, Smitha, 35, was found dead at her apartment in Chennai She reportedly died by suicide. Reportedly, she took this drastic step due to financial burden and multiple failed relationships. During the police investigation, a handwritten letter by her was found at home.

The translation of her Telugu to English read, “Only I know how hard I worked to become an actress. No one loved me. Only Babu (Dr. Radhakrishnan) treated me with a little love. Everyone would exploit my work. I have so many desires in life.
There is also a desire to fulfil them all. But I have no peace wherever I go. Everyone’s actions were disturbing to me. Maybe so, death fascinates me. I have done well for everyone. And yet my life is like this? God, what is this justification? I have to give half of the property I earned to Babu. I loved it so much, loved it, and sincerely. I just believed that he would not cheat on me. But he cheated on me.
If there is a God, he will surely be punished. I could not bear the abuse he did to me. It hurt me every day. They think that what they are doing is fair. Babu is also in the group. He did not return the jewellery he bought from me. It doesn’t matter if I’ve lived anymore. Why did God create me? Ramu and Radhakrishnan tempted me a lot. I have done so many good things for them. But they were pushing me to my death.
Lots of people used my body. Many have taken advantage of my work. I do not thank anyone except Babu. For the past five years, someone has been saying that he would give me life. Do you know how much I longed for that life? But when I realized that it was all just words, I was exhausted. I cannot stand it anymore. I found it very difficult to write this letter. I’m not even buying the jewellery I love. Who’s going to get it now? I do not know…”

Last phone call
In an old interview, veteran Kannada actor Ravichandran revealed that hours before Smitha ended her life; she might have called him up to tell him something that disturbed her. He had said “I was busy shooting that day (September 23, 1996) and was surprised to see Smitha trying frantically to reach me a few times. I tried to speak to her, but the call never got through due to poor connectivity. I thought it was a routine call. However the next day, to my horror, I realised that Smitha had killed herself. I shudder to think what could have been the reason for her call. This haunts even me now.”

Inflation in Britain highest since 2014: ONS