Over 11K flats to be handed over to Amrapali home buyers in 2-3 months, SC told 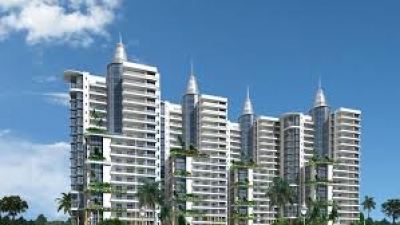 New Delhi, Sep 23 (IANS) The Supreme Court was informed on Friday over 11,000 flats will be delivered in 2 to 3 months to Amrapali home buyers’, out of which 5,428 flats will be handed over in October.

The court receiver, senior advocate R Venkataramani submitted that 5428 flats, which have been completed by NBCC, will be handed over to home buyers, along with water and electricity connections, next month in the festive season.

The bench of Chief Justice U.U. Lalit and Justice Bela M. Trivedi said that giving possession of over 11,000 flats out of 38,000 flats is an important development.

The court receiver also said that for 6430 complete flats, there are few issues with electricity and water connections, and after these are sorted out, the flats can be handed over to home buyers within two to three months.

The bench emphasised that flats should be handed over to the home buyers only after full payment is received. Counsel, representing the homebuyers, submitted that there are 1,970 defaulters, who have not cleared their dues despite notices, and their flats should be auctioned. He added that funds could be generated after selling 5,229 unsold flats and 1,164 benami flats.

The Chief Justice said he has limited time and would like to deal with three to four major issues of Amrapali, to ensure the completion of unfinished projects.

Venkataramani submitted that Rs 3,870.38 crore figure has been given by forensic auditors, the amount to be realised from the home buyers, but it has been found that amount receivable is Rs 3,014 crore and out of this Rs 1,275 crore received from 22,701 home buyers. The top court has scheduled the hearing on the matter in October.

Meanwhile, the top court also extended the bail of Amrapali Group’s ex-CMD Anil Sharma on medical grounds. Sharma’s counsel informed the bench that surgery needs to be conducted on his client in October. Additional Solicitor General Aishwarya Bhati, appearing for the Centre, did not oppose Sharma’s application for bail.

The apex court also extended the relief granted to Shiv Priya, former Amrapali director, till October 11. Priya has been out on bail for treatment of his daughter.

Panama exhumes bodies from mass grave during search for…

Prabhas wraps up shooting for ‘Adipurush’