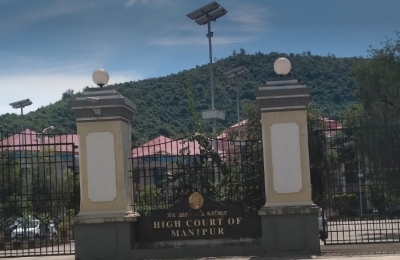 The single bench of the HC Justice M.V. Muralidaran while allowing the BJP candidate Mate’s petition declared him elected and NPF candidate Pfoze’s election as “null and void”.

Mate, 36, had earlier filed an election petition in the Manipur HC claiming that the affidavit filed by Pfoze, 59, during the election process had many defects, errors and was incomplete.

The judge in his 150-page order said: “In view of the fact that there were eight candidates in the fray, the claim of the petitioner (Houlim Shokhopao Mate) to declare him as elected member cannot be denied for the reason that among all the candidates contested, the petitioner secured highest votes after the first respondent (Lorho S Pfoze).”

“Consequent upon the findings that the election of the first respondent is declared as null and void, the petitioner is entitled to be declared as elected member of Outer Manipur (ST) parliamentary constituency in the General election to the 17th Lok Sabha, 2019,” the judge added in his order.

The HC noted that it is pertinent to point out that the provision of Representation of People’s Act, 1951, provides for filing of maximum four nomination papers, but as per Section 33A of the Representation of People’s Act read with Rule 4A and that the candidate is required to file a duly sworn affidavit under Form 26 along with the nomination papers containing true and correct facts along with complete information, which cannot be different.

The four nomination papers must be accompanied with the same affidavit under Form 26, the Court added.

Over 1,000 passengers stranded in Assam amid protests