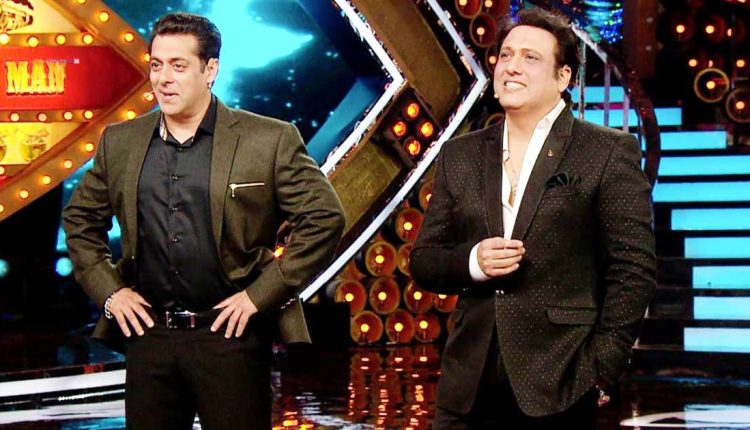 Bollywood is full of friendship – some that are one in name and others that can stand the test of time. Falling in the latter category are Govinda and Salman Khan. The two not only share an amazing rapport off-screen but they have also even worked together in the 2007 film Partner.

The brotherly chemistry the duo shared was more than evident thanks to a recent interaction with the Hero No 1 actor with the media. Read on to know what he had to say when asked what he would gift the Dabangg star if he had to.

As reported by Lehren, Govinda recently attended an event of 92.7 Big FM and it was there that a journalist asked him what he would like to gift his BFF, Salman Khan. Being his jovial self, the 90s hitmaker laughed and said, “Jis aadmi ki nikal padi hai use aap kya keh rahe ho? (What can be given to someone who has it all?)”

On being further probed about what he would like to gift Salman Khan, Govinda said in Hindi, “I never thought about it. I think we have always focused on our work, family and relationship with friends and that is why Govinda became Govinda and he became who he is today. These new techniques of friendship where you exchange gifts, we don’t do that. We just think that we have got good work and therefore, we don’t want anything else.”

He continued, “Whatever God has given us, we’ll be thankful to God our entire life.” Check out the video to hear him speaking about it:

How this friendship between Salman Khan and Govinda is something that fans can look up to.

For more news and updates from the entertainment world, stay tuned to Koimoi for more.

The post Govinda Says “Jis Aadmi Ki Nikal Padi Hai Usse Aap…” On Salman Khan & What Would He Like To Gift Him appeared first on Koimoi.

Ayesha Jhulka Breaks Silence On Akshay Kumar Spitting Water On Her Face, Says “When It Comes To Don’ts, You Must Say Established…”