Draft telecom bill to be finalised within 6-10 months: Minister 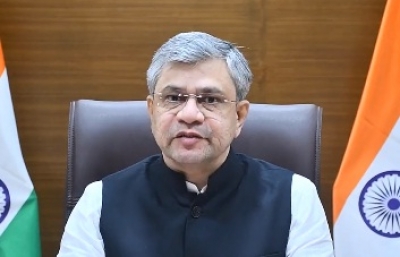 New Delhi, Sep 23 (IANS) Union Telecom Minister Ashwini Vaishnaw on Friday said that the draft telecom bill would be finalised within the next six to 10 months.

Addressing a press conference a day after the draft bill was put up for public comment, Vaishnaw said that the Centre is not in a hurry to bring it.

On the basis of consultations, the final draft will be prepared, he said, adding that it will go to the Parliamentary panel.

After that it will go to Parliament, so the entire process will take six to 10 months, the Minister added.

Comments on the bill have been sought till October 20.

The draft bill has a provision to ensure a smooth transition, wherein the repealed laws would remain in place till the new ones become effective.

Samantha Ruth Prabhu is prepping up for ‘Citadel’ in the US

Important for courts to uphold spirit of right in sexual…