Chup: Amitabh Bachchan Reveals ‘Composing’ & ‘Arranging’ A ‘Dhun’ For R Balki’s Directorial: “It Has Been Made A Small End Portion” 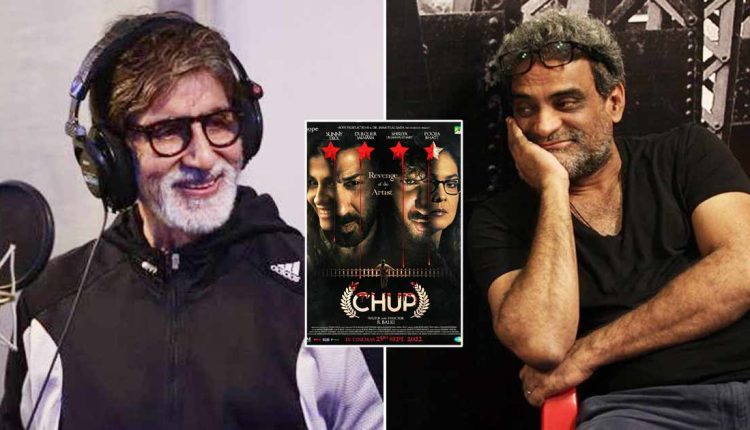 Megastar Amitabh Bachchan has shared that he “played, composed and arranged” a “dhun” for filmmaker R. Balki’s film ‘Chup’.

The thespian took to his blog and wrote: “Meanwhile .. a soft tune .. a ‘dhun’ played composed and arranged, by me, with a brief story of its making shall be with you .. hopefully by the evening of the morrow .. it has been made a small end portion of the film R Balki has just completed .. ‘CHUP‘”

Amitabh Bachchan added: “And for me today another pious arti sung in place of another for film too .. that shall hopefully be with all in time… a lot of music .. but that is the soul that connects to the Superior ..’

On the acting front, Amitabh Bachchan will next be seen in ‘Good Bye‘, ‘Project K’, ‘Ghoomer’ and ‘Uunchaai’.

This morning we brought you another portion from Amitabh Bachchan’s blog. Taking to his website, Big B penned a heartfelt tribute for comedian Raju Srivastav revealing he had send him a Voice Note when he was admitted in AIIMS. He wrote, “Another colleague friend and creative artist leaves us .. a sudden ailment and gone before time .. before his creativity time completion .. each day in the morning with him in spirit and information from near ones .. they got advised to send a voice to awaken his condition .. i did .. they played it for him in his state in his ears .. on one instance he did open his eye a bit .. and then .. went away.

Must Read: Amitabh Bachchan Pays A Heartbreaking Tribute To Raju Srivastava After His Funeral, Reveals Sending Him A Voice Note: “On One Instance He Did Open His Eye A Bit & Then…”

The post Chup: Amitabh Bachchan Reveals ‘Composing’ & ‘Arranging’ A ‘Dhun’ For R Balki’s Directorial: “It Has Been Made A Small End Portion” appeared first on Koimoi.

When Amber Heard Wore Nothing But Black Lingerie, Setting The ‘Summer Dress Code’ & Our Hearts On Fire With Her Seductive Gaze!

Will sort out problems of Subansiri Hydro Electric Project:…