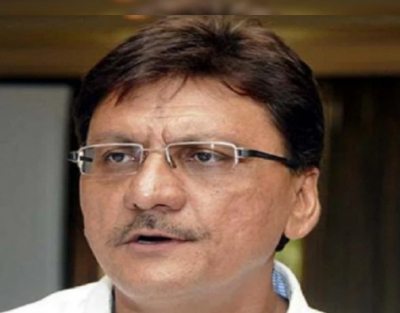 Gandhinagar, Sep 23 (IANS) Gujarat’s Anti Corruption Bureau (ACB) told the media on Friday that it has informed the Enforcement Directorate (ED) about the money laundering transactions made by ex-MoS Home Vipul Chaudhary, who is facing charges of alleged financial irregularities to the tune of Rs 800 crore during his tenure as Dudhsagar Dairy chairman.

ACB officials said that during the investigation, they found transactions with four fake companies, which are not registered with the Registrar of Companies.

The ACB also unearthed 22 bank accounts, in which transactions worth crores of rupees have been detected.

Vipul Chaudhary was picked up by the ACB on September 14. Addressing the media the next day, ACB’s Joint Director Makrand Chauhan had said that during Chaudhary’s tenure as the chairman of Dudhsagar Dairy, he had indulged in malpractices using various means.

“As the chairman, Chaudhary misused his power and gave contracts for coolers at inflated price. He also issued contract for advertising hoardings at a very high price,” Chauhan had said.

A new twist on Work from Home (W.F.H)