75% of Waqf property in Telangana under encroachment 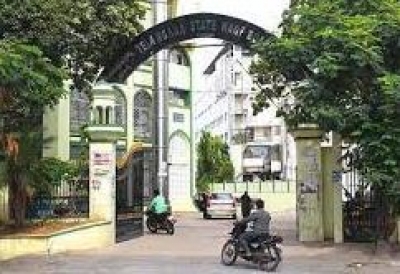 <br>Decades of corruption, mismanagement and irregularities in the Waqf Board and the indifference of successive governments have made the body a silent spectator to the destruction and encroachment of its prime properties in Hyderabad and other parts of the state.

The Muslim endowment body has no records of many properties which are under encroachment and it is toothless to protect whatever it has or to increase its revenues through rent.

While Hyderabad and its surroundings have seen tremendous economic activities over the last three decades, the Waqf Board lost several prime properties one after the other. In some cases, even the government was found to be encroaching on Waqf lands.

There are 33,929 Waqf institutions in the state with a total landed property spread over 77,538 acres. However, over three quarters of endowed land (57,428 acres) is under encroachment.

It is often said that given the massive properties owned by the Waqf Board, it can easily take care of the destitute and meet the educational needs of the Muslim community.

However, such is the state of affairs that the Board depends on the government for funds to pay salaries to its staff and to meet other expenses.

The Board actually has control over 20,110 acres, but hardly earns annual revenue of Rs 5 crore.

Many tenants of Waqf properties either don’t pay rent at all, or pay rents which were fixed decades ago.

The case of Madina Building in a prime commercial area in Hyderabad is a classic example. There are 500-odd shops in the building, which was originally constructed to help the poor in the holy city of Madina in Saudi Arabia. This was before the oil boom in the Gulf.

The Waqf Board earns only a few lakh rupees as rent from the building while it is estimated that at the current rental value, it should get more than Rs 6 crore. The accumulated dues even at the old rates are reported to be about Rs 30 crore.

With several cases pending in various courts, the Waqf Boad is not able to either evict the defaulters or enhance the rent to mop up its revenues.

Protection of Waqf properties has been a major demand of the Muslim community for decades. Muslim leaders say governments in erstwhile Andhra Pradesh and after the formation of Telangana assured to protect Waqf properties, but they never demonstrated their sincerity by taking strong measures.

The Waqf Board is helpless to rampant encroachments of large chunks of its lands by private individuals, companies or even government-run institutions.

In most of the cases, the Board has no records to prove that the encroached properties belong to the Waqf Board.

Last year, the Board informed Telangana High Court that it lost the records of 2,186 Waqf properties which were encroached.

After the bifurcation of Andhra Pradesh, records pertaining to many Waqf properties also went missing.

What is shocking is that a section of employees allegedly colluded with the encroachers. Instead of working to remove encroachments, they are helping the encroachers by leaking information about complaints against them.

Like the previous governments in united Andhra Pradesh, the TRS government in Telangana also ordered a probe into irregularities in Wakf Board but nothing came out of it.

In 2017, the government sealed the Waqf Board’s record on the ground that it is essential to protect the records. However, many feel the move is causing more damage as the Board no longer has access to records to fight the ongoing court cases.

Some see it as a conspiracy to destroy the records by exposing them to termites. After a sudden move to seal the record room, authorities have not taken up cleaning or antifungal operations to protect the records.

In October last year, Chief Minister K. Chandrasekhar Rao had ordered a CID inquiry into the alleged encroachment of Wakf properties across the state, but hardly any progress has been made in this regard.

He had made the announcement in the Assembly while responding to the demand of All India Majlis-e-Ittehadul Muslimeen (AIMIM) leader Akbaruddin Owaisi. He had urged the government to order either a judicial inquiry by a retired high court judge or a CBI inquiry or at least a CID inquiry.

The government had announced that it uploaded on Dharani portal the details of all land parcels owned by Waqf Board. It said those lands were kept under the prohibited list on Dharani portal. No one can buy or sell those properties. However, a Board member said this has still not been done.

According to Akbaruddin Owaisi, about 82 per cent of Waqf lands in Hyderabad were grabbed by encroachers.

Centre must evolve mechanism for procurement of crops: Punjab CM

Warne lashes out at Prior for mocking Lyon

Shibani Kashyap styles her TV character on her own