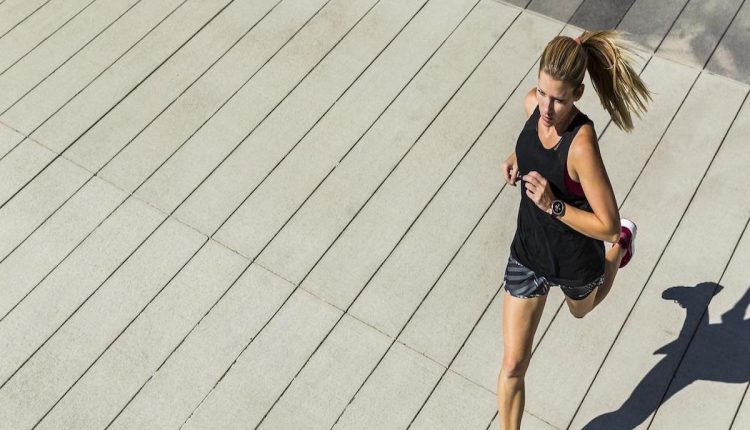 Market Watch
People can walk around 15 minutes per day to get one sweatcoin.

Team Giottus
We have launched Cryptogram, an India-focused free weekly newsletter on blockchain tech, global crypto markets, and Web 3.0 technologies which promise to change our future. If you would like to subscribe to this newsletter, click here. You can read our past editions here.
Sweat economy is essentially a move-to-earn platform that rewards you for walking. Their app lets you record your steps on your smartphones or wearables and gives out sweatcoins (SWEAT) based on the number of steps each day. One thousand steps get you one sweat coin, although users only get 95% of the coins as the rest is held to finance the application. With the app promising that it doesn’t sell its users’ data, in today’s article, we are looking at what sweatcoin is and can we really make money out of it.

What is Sweatcoin & Sweat Economy
Sweat Economy is a collective ecosystem of solutions that strives to make people around the world healthier through fitness regimes. Anton (CEO), Oleg (CPO), Henry and Egor (CTO) co-founded the sweat economy which includes the tools that measure the movements, the user base as well as the SWEAT token. The brainchild of the economy is the SWEAT Wallet. With no initial investments required, any user can download the app and venture into the cryptoverse. The app has been trending as the No.1 most downloaded app across 51 countries in their respective categories. This massive adoption makes us ponder the question of “Can this become the first wallet for millions of customers”, and lead to massive revenue generation through a slew of value-added services.

Can SWEAT really sustain in long run
Sweat was initially launched in 2016 in Web2 and has a long standing user base of more than 120 million across the world. During their IDO, new tokens were distributed to 13.5 Million users who received 4.7 Billion tokens and it was the fastest IDO ever to sell out on the DAO Maker platform with the public sale of  $1M of SWEAT finishing in less than 15 minutes.
They have a very progressive road map with multiple additions in the coming years such as creation of NFT marketplace and giving control over to a Decentralized autonomous organization (DAO). From their roadmap, it is very clear that the movement validations which are currently done for steps walked, could be branched out to other activities such as Swimming, Cycling as well as to become a movement data analytics platform by 2025. This could lead to a massive earning opportunity for the company in terms of advertising revenue, gas fees from transactions that occur in their native SWEAT Wallet as the Sweat economy would probably have millions of active users by then.

How do they work
As they are based on the NEAR and Ethereum protocols, they are essentially a token, rather than a coin. Users are able to generate one sweatcoin for every 1000 steps walked, although this number might go up in years to come. They can also earn more by subscribing to the pro plan that lets them make double the amount of tokens from their movement activities. More than 100 million users have started using Sweatcoin app and 11 million users have so far registered for the Sweat Wallet. They have a niche marketplace in the app, that sells health supplements, healthcare programs that could be bought with the sweatcoins generated through walking. Additionally, the Sweatcoin’s tokens can also be used to purchase items at a variety of online merchants, including Reebok and Sonos, in future.

The Tokenomics
Sweatcoin rewards users for being more active, or taking more steps. For instance, a user needs to walk 15 minutes per day to hit 1,000 steps which will then be rewarded with one sweatcoin. Although the number of steps that will generate SWEAT will remain at 1,000 steps per SWEAT until 2024, the reward for the steps will decrease over time. The breakdown is as follows:

The devil lies in the details
With more than 12 million non-custodial wallets, sweat economy has the largest on-chain user base in the crypto world. The possibilities of creating a community driven network with such a large user base is massive. The Sweat foundation has already secured collaborations worth $50 million in revenue. There is also a possibility for users to monetize by selling their movement data and taking part in learn and earn campaigns that are regularly conducted in the app. The app will enable features such as crypto to crypto trading as well as develop a primary as well as a secondary NFT marketplace in near future, which might make the SWEAT Economy and its token, one of the most valuable projects in the Web3 space.

Takeaway
With people swaying more towards fitness and healthy routines post the pandemic, Sweatcoin seems to have forayed in the web3 space at the right time. With popularity of blockchains surging, it is inevitable that fitness and blockchain could be an ideal use case. In 2017, we saw “Triffic” which led people to walk around and collect beacons, similar to Pokemon Go. The most recent move-to-earn platform to garner lots of attention was “Stepn”. Availability of sweat tokens in various exchanges such as Bitfinex, Giottus, a sleek app, millions of user base and an active health community, makes sweat economy a valuable project to look out for in near term.
Disclaimer: This article was authored by Giottus Crypto Exchange as a part of a paid partnership with The News Minute. Crypto-asset or cryptocurrency investments are subject to market risks such as volatility and have no guaranteed returns. Please do your own research before investing and seek independent legal/financial advice if you are unsure about the investments.

Top 5 Vegan Footwear Options Under Rs ₹999 For A Vibrant,…

Adarsh Gourav On Hostel Daze 2 Role: “I Am Very Different…