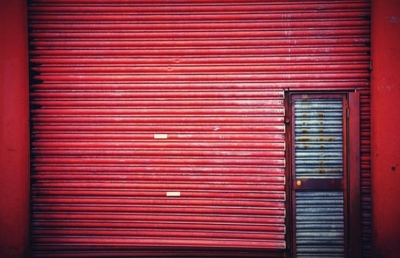 Chennai, Sep 22 (IANS) Shop keepers in Periya Manal town on Tamil Nadu’s Namakkal district downed their shutters on Thursday after a recent clash between two Scheduled Caste students and the local traders association chief led to action against the latter.

Local AIADMK leader and Periya Manali traders association chief Thangamani, 58, had a verbal spat with a truck driver over road rage. Thangamani, according to the police, used abusive words against the truck driver and the two Class 12 students intervened

As they asked Thangamani not to use abusive words, it led to a spat between them and Thangamani’s son Bhoobalan and relative Sekhar reached the spot and attacked the students. Bhoobalan asked the boys to kneel down before Thangamani and to apologise.

Coming to know of this, a few activists of a local Dalit outfit reached the spot and admitted the children to a hospital. Thangamani was also admitted to the hospital.

The trader, his son, and the relative are absconding and Elachipalayam police told IANS that an investigation is on. The Periya Manal local traders shut their shops to protest the attack on Thangamani.

Certain areas of Tamil Nadu have seen bloody clashes between caste Hindus and Dalits leading to the loss of lives and social disharmony.

Gajraj Rao on Ritwik Bhowmik: He has very expressive eyes like Ajay Devgn

‘KBC 14’ contestant on Big B: He makes you feel like an equal

Muslims sore at 3 phases of LS polling during Ramadan