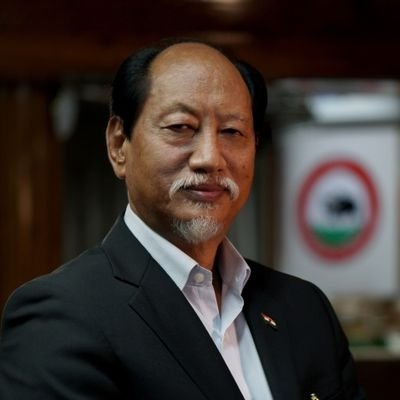 Kohima, Sep 22 (IANS) Nagaland Chief Minister Neiphiu Rio on Thursday said that the masses of the state are crying out for resolution of the Naga political problem, so that “our people too can strive towards progress along with the rest of the global community”.

Speaking on the concluding day of the two-day session of the Nagaland Assembly, the Chief Minister said that the leaders of today’s Naga society cannot afford to let the present and future generations inherit the continuation of conflict and violence.

“Nagas have been impacted for decades by the political conflict and the unresolved Naga political issue,” he said, adding that “the generation of our youth have faced untold hurdles in striving towards their aspirations or have failed to achieve their ambitions, due to the challenges of the political movement”.

Noting that the Naga political imbroglio has been at the core of Naga society for several decades and remains central in our concerns even today, the Chief Minister said that the state government has given utmost importance to the Naga political issue and “we have made every possible effort to play the role of active facilitator in order to create a an atmosphere that is conducive to realisation of an early solution to the protracted Naga political issue”.

“An opposition-less United Democratic Front (UDA) government was formed (last year) with the sole motive to facilitate the peace process so that we realise the aspiration of achieving genuine peace though a negotiated political solution that is honourable, acceptable and inclusive.”

Rio, top leader of the ruling Nationalist Democratic Progressive Party (NDPP), said that all 60-members of Nagaland assembly rose above party affiliations by setting aside all differences and all came under one platform to extend positive support to the political negotiations.

“We are grateful to the government of India for acknowledging the unique history of the Nagas and for recognising the Naga issue as a political issue. The signing of the Framework Agreement on August 3, 2015 after over 80 rounds of talks in the presence of the Prime Minister (Narendra Modi) and other high officials and dignitaries of the Union Government was indeed a historic occasion and we continue to extend our support and appreciation towards honouring the agreement.”

The Chief Minister said that on October 15, 2020, the Naga Consultative Meeting on the Naga Political Issue unanimously resolved and also “appealed to the negotiating groups to come together under a spirit of oneness, mutual trust and understanding with sincerity and commitment towards achieving One Solution for One People as early as possible”.

Rio said that it is a matter of great satisfaction that on September 14 the national political groups signed the September Joint Accordant under the initiative of the Forum for Naga Reconciliation.

The NSCN-IM and the Naga National Political Group while acknowledging the Covenant of Reconciliation (CoR) signed on June 13, 2009 committed to move forward through dialogue and live together in peace.

Clarifying that the state government is not a direct party to the negotiations and are only playing the role as facilitators, the Chief Minister said the ruling dispensation and the political parties in the UDA have made it clear in “our manifestoes that we will pave the way in the event of a solution that is honourable, acceptable and inclusive”.

The present state government and the Parliamentary Committee on Naga Political Issue continues to make efforts, while appealing for early solution, to the extent of supporting such a development even before the elections to the Nagaland Assembly, which are due in early next year, the Naga leader said.

He said that the present ceasefire and talks have been going on for more than two decades, and we feel that it is more than enough time for all sides to understand and appreciate each other in a manner that we are able to reach a desired conclusion by achieving a settlement.

“We reiterate our appeal to the negotiating parties and the Government of India to address the contentious issues and undertake discussions on the competencies so that the talks can be expedited and a solution can be reached at the earliest possible,” the Chief Minister stated.

Monsoon likely to withdraw from some areas between Sep 29-Oct 5: IMD

With polls not far away, HP Congress minus Virbhadra on a slippery slope

Nia Sharma Says ‘Fluck You’ To Trolls Targeting Her For…