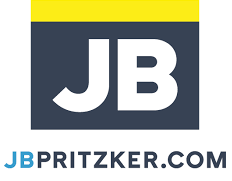 “Visitors from all over the globe come to our state to take in our world class productions every year, and hundreds of millions of people see the film and TV productions made right here in Illinois,” said Governor Pritzker. “Together, we are not only uplifting the arts and entertainment industries, but we’ve also made Illinois the most pro-worker state in the country. I’m so proud of our work to break records for Illinois production revenue and jobs.”

“IATSE members have helped craft a rich culture of world-class productions and made Illinois the heart and soul of iconic pieces of art,” said Lt. Governor Stratton. “Our Live Theater Tax Credit program means productions across Illinois accurately reflect the diversity of our state—and we are once again paving the way for more women and people of color to serve as stagehands, wardrobe, makeup, engineers, ushers, musicians, and more.”

“In 2019, Governor Pritzker extended the Illinois Film Tax Credit, keeping hundreds of jobs safe and ensuring our state’s film and TV production industries continue to grow exponentially,” said IATSE Vice President and Local 2 Business Manager Craig Carlson. “The Governor’s record stands in stark contrast to that of his opponent. Darren Bailey says he wants to create jobs, but he voted no on extending the film tax credit and the thousands of good union jobs that come with it.”

“Our right to collectively bargain and organize has never been more important, and I’m thankful to have a governor who recognizes that,” said Local 476 Business Manager Tony Barracca. “IATSE members stand with Governor Pritzker and Lt. Governor Stratton as they fight for working families and position Illinois as a thriving center of film, television, and theater production.”

Governor Pritzker and Lt. Governor Stratton believe that increasing wages and supporting union workers are the keys to building a strong economy in every corner of our state. They’ve proudly supported IATSE members by extending the Illinois Film Production Tax Credit and increasing industry diversity through the Live Theater Tax Credit. The Governor and Lt. Governor stand ready to work with union workers across Illinois to pass the Workers Rights Amendment in November and will continue to support IATSE members as they uplift Illinois’ booming entertainment industry.

16 arrested in connection with Lohardaga violence