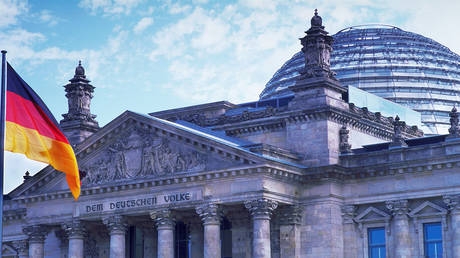 Russians who show their love of liberal democracy by fleeing the partial mobilization would be welcomed in Germany, federal Justice Minister Marco Buschmann said in response to Moscow’s announcement on Wednesday. The idea of offering asylum to Russian draft-dodgers, reportedly floated by some members of the ruling coalition, was denounced by other EU lawmakers, however.

“Apparently, many Russians are leaving their homeland,” Buschmann tweeted on Wednesday evening, adding that “anyone who hates [Russian President Vladimir] Putin’s path and loves liberal democracy is warmly welcomed in Germany.”

The minister’s comments were in reference to claims in Ukrainian media – which quickly spread in the West – that Russians were fleeing in droves after the Kremlin announced the call-up of 300,000 reservists. Anti-government activists claimed that up to 1,000 people have been arrested around Russia at anti-mobilization protests.

According to the German outlet Der Spiegel, Buschmann’s Free Democratic Party (FDP) and the Greens – two members of the ruling ‘traffic light coalition’ – have proposed granting asylum to Russians who flee the call-up.

Former Estonian top general and now member of the European Parliament, Riho Terras, denounced the idea as “complete madness,” however.

“European countries must not create a situation where tens of thousands of Russian men arrive in the European Union as an uncontrolled mass. This would be many times worse than the refugee crisis of 2015, when Germany’s then chancellor Angela Merkel invited all refugees to Germany,” Terras said on Thursday, according to The Baltic Times.

Russian provocateurs and “little green men” could be hiding in the crowd, Terras argued, calling the current conflict a “war initiated by Russia against the European Union, NATO and the West.” Russians who disagree with their government “must fight at home for Russia to become a normal, democratic state that respects international law,” he added.

Estonia, Latvia and Lithuania – former Baltic republics of the Soviet Union, now EU and NATO member states – have already ruled out granting sanctuary to any Russians, citing “security reasons.” The Baltic states currently serve as a base for several Western-funded “civil society” and opposition groups, seeking a change of government in Russia and Belarus.

Is this true? asks Mallikarjun Kharge as Meghalaya Governor…