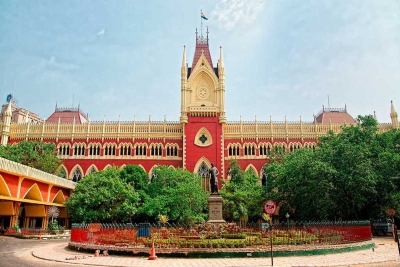 Kolkata, Sep 22 (IANS) The Calcutta High Court on Thursday directed West Bengal Chief Secretary, H.K. Dwivedi and state Finance Secretary, Manoj Pant to file affidavits on why contempt of court proceedings should not be initiated against them for not honouring its judgement directing the state government to clear dearness allowance (DA) arrears to employees within three months.

Earlier on Thursday, a division bench of Justice Harish Tandon and Justice Rabindranath Samanta dismissed the state government’s review petition to reconsider its May 20 judgement directing the state government to clear the pending DA arrears to the employees within three months. The deadline expired on August 19.

Before the state government could weather this jolt, another shock came in the afternoon in a contempt of court petition filed before the same bench against the state government by the Confederation of State Government Employees, the original petitioner in the matter, for missing the deadline for clearing the DA arrears.

On the contempt petition, the division bench of Justice Tandon and Justice Samanta directed Dwivedi and Pant to file affidavits by November 4 on why they should not face contempt of court proceedings and posted the next hearing for November 9.

“Since the beginning the main intention of the state government is how to delay the DA arrears payment. They have the right to approach the Supreme Court. But we are also ready to fight in the matter till the end,” Confederation President, Shyamal Kumar Mitra, said.

With the world’s 1st AI and ML-powered…