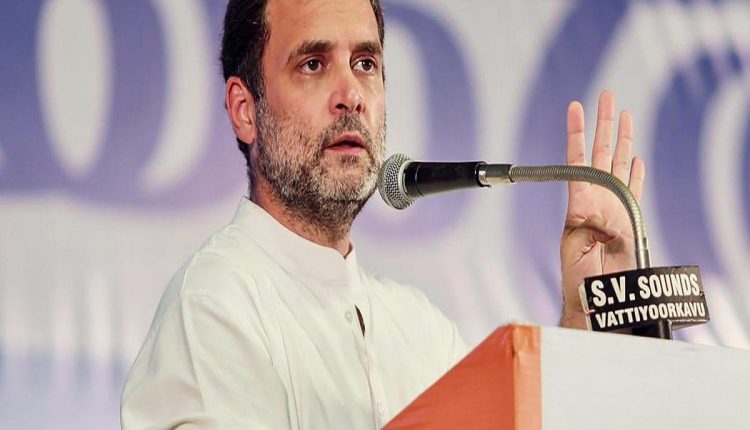 Politics
Rahul Gandhi said that the future leadership of the party is expected to follow the reforms proposed during the party ‘chintan shivir’ in Udaipur this year.

TNM Staff
With the Congress presidential polls round the corner, party MP Rahul Gandhi on Thursday, September 21, said that the reforms discussed at the party ‘chintan shivir’ in Udaipur, including the one-man-one-post rule, are expected to be followed. Responding to queries during a press conference held between the first and second leg of the day’s Bharat Jodo Yatra, Gandhi said the Congress president was not just an organisational position, but an “ideological post and a belief system”.
“What we decided at Udaipur, we expect that commitment to be maintained,” Rahul said on being asked whether he would stand by the one-man-one-post decision. Rahul, who is also the MP from Wayanad, said he would advise whosoever becomes the president of the party that they should “remember that the post represents a set of ideas, a belief system and a vision of India”. Meanwhile, Rajasthan Chief Minister Ashok Gehlot arrived in Kerala amidst speculation as to who would be contesting the party’s presidential polls.
Rahul also spoke about the massive raids against the Popular Front of India (PFI) by the National Investigation Agency (NIA). Rahul said that “all forms of communalism regardless where they come from should be combated,” adding, “There should be zero tolerance towards communalism and it should be combated.”
Rahul’s comments came amid buzz that Thiruvananthapuram MP and senior leader Shashi Tharoor, as well as Rajasthan Chief Minister Ashok Gehlot, may contest the presidential election. On September 19, interim Congress chief Sonia Gandhi hinted that she does not have any reservations against Shashi Tharoor running for Congress president’s post. Sonia Gandhi gave her nod shortly after meeting Tharoor and a few other Congress leaders on her return following a medical check-up abroad. Meanwhile, Congress state units have been passing resolutions to make Rahul Gandhi the next party president, including in Rajasthan, Maharashtra and Chhattisgarh, among others. However, Congress’ Central Election Authority (CEA) has said that such resolutions will not have any bearing on the election process.

Explained: How the PFI originated and why there are calls to ban them

Dhawan a class act, good he is coming off: Ganguly