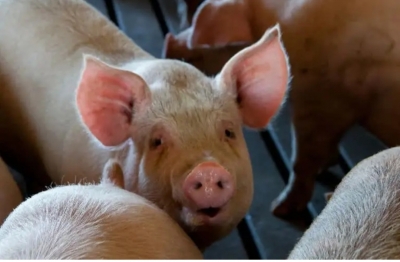 Amaravati, Sep 22 (IANS) In a victory for animal rights activists, the Andhra Pradesh government has stepped in to stop the use of gestation and farrowing crates in pig farming.

Following an appeal from People for the Ethical Treatment of Animals (PETA) India to prohibit the manufacture, sale, and use of gestation and farrowing crates in pig farming, the Directorate of Animal Husbandry of Andhra Pradesh has issued a circular instructing the district animal husbandry officers to ensure compliance with the group’s request within their jurisdictions.

The circular cites Section 11(1)(e) of the Prevention of Cruelty to Animals Act, 1960, which prohibits the confinement of any animal in a receptacle that fails to offer a reasonable opportunity for movement, such as gestation and farrowing crates.

Confining animals in this way is illegal, a position confirmed by the Indian Council of Agricultural Research’s National Research Centre on pig.

Gestation crates or “sow stalls” are metal cages, essentially the size of a pig, with concrete or slatted floors.

In them, animals are unable to turn around or even stand up without difficulty. These devices are used to confine pregnant pigs, who are typically transferred to farrowing crates to give birth and are kept in them until their piglets are taken away. Farrowing crates are fundamentally the same as gestation crates, except that they contain small side compartments for piglets.

Gestation and farrowing crates deny mother pigs everything that’s natural and important to them, such as opportunities to forage, build a nest for their young, socialise with other pigs, and regulate their body temperature (such as by wallowing in mud).

The crates also force pigs to live amid their own faeces and urine. The extreme stress and frustration caused by this severe confinement results in abnormal behaviour, such as continually biting at the enclosure bars or “chewing” the air.

Andhra Pradesh is the second state this week after Chhattisgarh to join the ranks of Delhi, Goa, Gujarat, Himachal Pradesh, Karnataka, Madhya Pradesh, Manipur, Meghalaya, Mizoram, Punjab, Rajasthan, Uttarakhand, and Uttar Pradesh in addressing the use of both gestation and farrowing crates in pig rearing.

“In natural surroundings, pigs are social, playful, protective animals who bond with their babies, so being held captive in these restrictive crates causes them immense suffering. Pigs are also transported in extremely crowded vehicles to slaughterhouses, where they’re killed by being stabbed in the chest, often after first being struck on the head with a hammer. PETA India reminds everyone that they can help prevent the suffering of pigs and other animals simply by not eating them, as the use of these crates is just one heinous practice of the meat industry.”

Your diet shows on your waist and mood

Israel not to tolerate ‘drizzle’ of rockets: PM