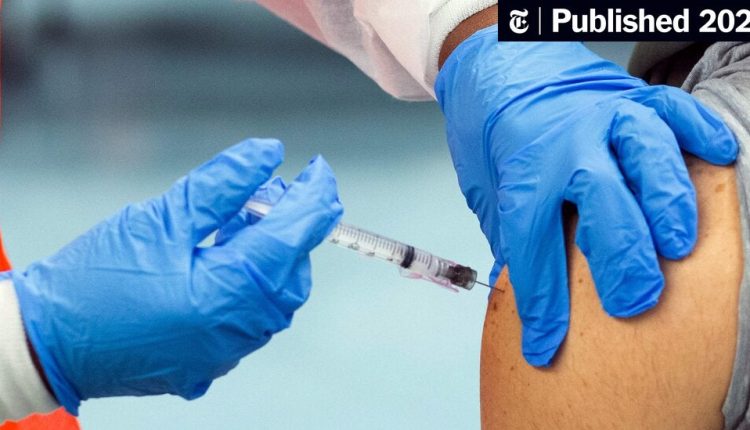 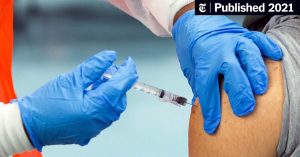 Adams announced the city’s private sector vaccination mandate will end Nov. 1. He said businesses still will be strongly urged to encourage their workers to get the vaccine and set their own policies.

“This puts the choice in the hands of New York businesses,” he said. “It is imperative that we continue to encourage them to ask employees to get their vaccines and booster shots.”

But Adams said the city’s public sector mandate — which covers police officers, firefighters, teachers and all other city employees — doesn’t yet have an end date.

“Right now, that is not on the radar for us,” he said.

Health officials are ending the private sector mandate, along with a similar vaccination requirement for high school sports, as COVID-19 cases fall and life is steadily returning to some form of pre-pandemic normal.

The mandates were put in place last year by former Mayor Bill de Blasio to encourage widespread vaccination — a goal he argued was critical for the city’s pandemic recovery.

And the requirements worked — 89 percent of all New Yorkers have received at least one dose vaccine.

Now, city officials are rolling out a campaign to encourage New Yorkers to get the bivalent booster — a shot crafted to provide extra protection against coronavirus variants. Adams received his shot after he made the mandate announcement.

The booster, which is encouraged for all New Yorkers 12 and up, largely will be distributed at pharmacies and physicians’ offices, rather than city-run sites.

“We’re no longer in this emergency phase of the pandemic, but we haven’t yet defined what the new normal looks like,” he said.

Sachin Tendulkar to come out of retirement for one over to…