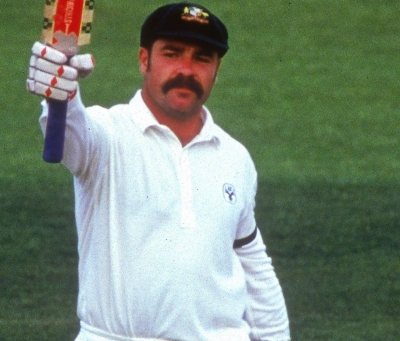 The 61-year-old cricketer, who played 107 Tests amassing more than 7,400 runs, was a Cricket Tasmania board member since 2014. He comes in place of Andrew Gaggin who retired earlier this month, according to a report in cricket.com.au.

Bonn will also continue in his role as a member of the International Cricket Council (ICC) match referees’ panel.

Boon played international cricket for over two decades after making his first-class debut for Tasmania as a 17-year-old during the 1978-79 Sheffield Shield season. He earned a Test call-up in 1984, scoring 7,422 runs at an average of 43.65, including 21 centuries.

An Australian Cricket Hall of Fame inductee, Boon has been deeply involved as an administrator since he quit the game in 1999. He was an Australian selector for more than a decade between 2000-2011.

“We’ve got a great group of directors who I think are very strong, have a very balanced skill set and Tasmanian cricket is in a pretty healthy state,” Boon said on Tueaday.

“We are looking as a board and me personally as a chairman to just keeping that moving forward and to nurture the game as our core business and allow young kids, both male and female to play initially and then to get the opportunity to play for their state and for their country.

“I’ve been blessed in many ways to have initially played the game both for Tasmania and Australia, and then to remain in the game as an administrator with Cricket Tasmania, and then as an Australian selector and with the ICC for the last decade, so just to be involved in the game is a privilege.

“And hopefully, as Donald Bradman said ‘when we all leave, we leave it in a better state than what we joined it’.”

Kane Williamson’s return to form is just round the corner: Coach Stead

Neymar looks to achieve what compatriot Ronaldo failed to do