HI INDIA NEWS DESK
MORNINGSIDE HEIGHTS, NY — Two people have died amid an outbreak of Legionnaires’ disease at a nursing home in Morningside Heights, according to the state Department of Health.

Eight possible cases of the disease have been investigated at Amsterdam Nursing Home between June and September, state health officials told the New York Times on Wednesday.

Two people who died had been infected by the Legionella virus, though it was unclear whether it had caused their deaths.

A third, nonfatal case has also been confirmed, while two other people included among the possible cases have died, according to a department spokesperson.

All of the potential cases came from the nursing home’s west wing, where the state has recommended adding water restrictions until more testing has been done, the agency said.
A spokesperson for the nursing home also confirmed the outbreak, whose cause has not been identified. Three people remain hospitalized with suspected Legionnaires’ cases, he said.

“Amsterdam Nursing is working closely to help in any way we can to clear up this matter,” spokesperson Jeff Jacomowitz said.

More recent tests for the water-borne bacteria have come back negative, Jacomowitz said. The nursing home also gave residents bottled water for drinking and other sanitary uses, and installed filters on each faucet and shower head based on recommendations from the Health Department.

“Our deepest sympathies go out to the families who were affected by this terrible bacteria,” Jacomowitz said. 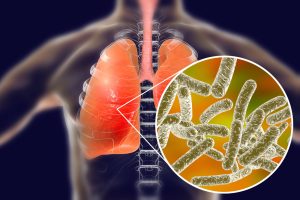 The state Health Department had not released any public statement on its website acknowledging the outbreak by Thursday morning.

“In its regulatory role, the Department has advised additional surveillance activities, water sampling and water use restrictions to help prevent additional cases of legionellosis,” a department spokesperson said.

Legionnaires’ disease is a kind of pneumonia caused by bacteria that live in warm water. It is contracted by breathing in contaminated water vapor, and causes flu-like symptoms and complications that can be fatal — especially for people over 50, smokers and those with underlying health conditions.

About 10 percent of people die after being sickened by Legionnaires’ disease, according to the Centers for Disease Control and Prevention.

Last year, 18 people were infected during a Legionnaires’ disease outbreak in Harlem that was found to have originated in a cooling tower at Harlem Hospital, according to the city Health Department.

Nobody died in that case — but two outbreaks in the Bronx in 2015 killed 16 people and sickened over 100 others.

Indian Seniors of Chicago Get Together

Gayle still a force in the dressing room: Russell

DCW issues notice to Safdarjung Hospital over delivery of…

The British editor who got deported for exposing Jallianwala…