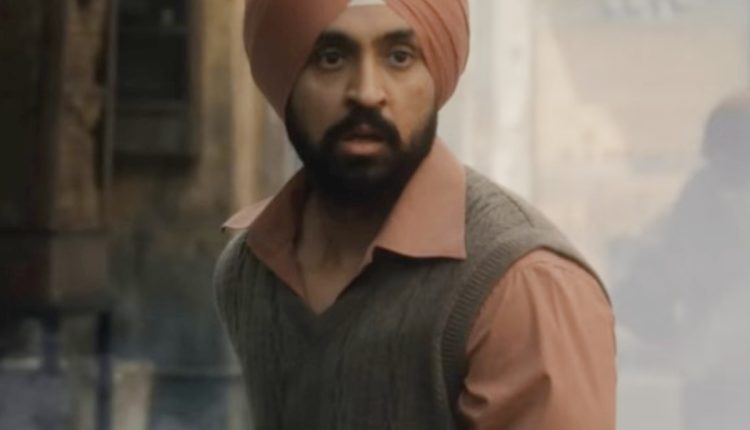 The teaser of Jogi starring Diljit Dosanjh in the lead just dropped on YouTube and it showcases the tale of a young Sikh man, who gets caught up in the 1984 Sikh riots in Delhi. The story of his courage and valour in the middle of the deadly riots is set to be seen in director Ali Abbas Zafar’s Jogi. The film’s first glimpse was dropped yesterday on social media and it featured Diljit as Jogi, a man who stands by his family and friends no matter what.

On Saturday, the teaser was dropped and it gave everyone a glimpse of the happy world of Jogi with his family in Delhi just before the tragic riots broke out in 1984. We get a glimpse of how Diljit holds on to his loved ones and vows to protect them no matter what happens. Sharing the teaser, Netflix wrote, “Dekhiye Jogi ka haunsla, Jogi ki himmat, aur Jogi ki dosti. Jogi, streams on 16th September, only on Netflix.” The film is all set to stream on Netflix in September.

In a recent chat with Hindustan Times, Diljit spoke about the film Jogi and said that the subject is very close to his heart. He said, “The year of my birth is 1984 as well. I have grown up hearing about real life experiences and stories about the riots and the era. In fact, I had even made a Punjabi film, Punjab 1984, sometime back, which won a National Film Award as well. So, the subject is really important for me, and Ali sir has picked the right story.”

The film was shot during the COVID 19 pandemic and Diljit, in the same chat revealed that its premiere on OTT is a right move as it will reach many people. The film also stars Kumud Mishra, Amyra Dastur, Mohd Zeeshan Ayyub and Hiten Tejwani. Directed by Ali Abbas Zafar, the film will release on September 16 on Netflix.

An Abode of Natural Farming and Mindful Living