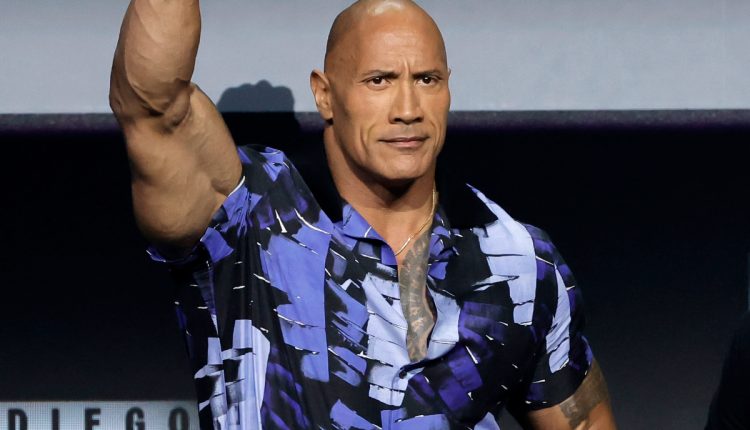 While the DC vs. Marvel movie crossover may seem like an unattainable dream for fans of both comic book universes – MCU and DCEU – Dwayne ‘The Rock’ Johnson gives us some glimmer of hope! For the unversed, Dwayne joins the DC Extended Universe as Black Adam/Teth-Adam in Black Adam, which has been receiving a positive response thanks to its enthralling trailers and sneak peeks released so far…

In an interview with Total Film about Black Adam, while discussing the goal of wanting to expand the DC Extended Universe, introduce new characters and spin-offs which could potentially see “crossovers in certain points,” Dwayne Johnson revealed that he wants to take on Marvel heroes as well: “I am optimistic. Just my nature is optimistic. And especially when it comes to creative. Especially when it comes to movies.” The DC League of Super-Pets star elaborated further, “And especially when it comes to the pantheon of DC superheroes and supervillains. Across the street, we have the pantheon of superheroes and supervillains of Marvel. To me, they can not only exist, but they should, in my mind, cross paths one day.”

We have our fingers crossed, hoping for DC and Marvel superheroes and supervillains to collide one day because that battle would be legen… wait for it… dary!

Do you think fans will ever be blessed with a DC vs. Marvel crossover movie? Share your honest thoughts along with personal picks of which DC and Marvel superheroes and supervillains would you like to be included in the guaranteed big-ticket film.

ALSO READ: The Suicide Squad’s John Cena is down for Peacemaker vs The Rock’s Black Adam showdown: Ready, willing & able

COVID-19 pandemic long from over; but masks, social…