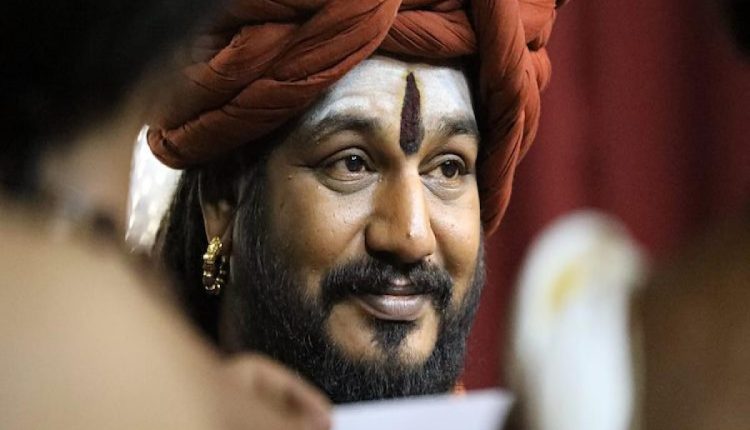 Court
While the trial has already commenced and three witnesses have been examined, in the absence of the accused Nithyananda, the trial stalled over the last three years.

PTI
A sessions court in Karnataka has issued a non-bailable warrant against controversial godman Nithyananda, in a rape case of 2010. The non-bailable warrant (NBW) was issued by the III Additional District and Sessions court in Ramanagara, near Bengaluru, on Thursday, August 18.  An open-ended warrant was also issued by the court against him earlier, but the police were unable to secure him or find his whereabouts.
The trial in the case began in 2018, eight years after the rape complaint was filed. While the trial has already commenced and three witnesses have been examined, in the absence of the accused Nithyananda, the trial stalled over the last three years. Nithyananda has failed to respond to all the summons issued against him since 2019. The NBW issued today is returnable by September 23.
Nithyananda is accused of raping a woman disciple for close to five years during her stay in the ashram under the garb of spirituality. Nithyananda is facing trial under Sections 376 (rape), 377 (unnatural sex), 420 (cheating), 114 (criminal abetment), 201 (disappearance of evidence, giving false information), 120B (criminal conspiracy) and other charges under the Indian Penal Code (IPC).
The rape case against Nithyananda was filed in 2010 based on a complaint by his former driver Lenin. Nithyananda was arrested and later released on bail. In 2020, the bail was cancelled again following a petition by Lenin, claiming that Nithyananda had escaped from the country. Nithyananda is believed to have left the country and established his ashram in a location he calls Kailasa, and the location of this place is under a lot of speculation.
The rape case is pending in the Ramanagara Sessions Court and the godman has failed to make an appearance since 2019. After multiple summons went unanswered, the NBW was issued.
Read: Rape case against Nithyananda: Trial finally begins after 8 years of legal hurdles
Also read:
Timeline: The rise, fall and image rehabilitation of rape accused godman Nithyananda
Watch this week’s Let Me Explain: Are ‘freebies’ bad and a waste of money?

Congress pays homage to Rajiv Gandhi on his birth anniversary

CBD helps reduce damage of lungs caused due to COVID-19