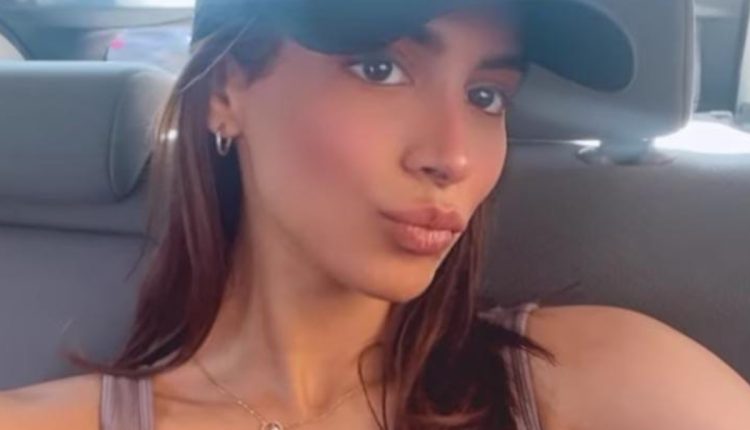 Khushi Kapoor, the younger daughter of producer Boney Kapoor and late actress Sridevi, is one of the most talked-about star kids of this generation. She never fails to impress the shutterbugs with her fashion choices. Actress Janhvi Kapoor’s little sister is also the paparazzi’s favourite and even ahead of her Bollywood debut, she enjoys a massive fan following on social media and fans wait for her pictures to get out in the public domain.
Speaking of which, just a few hours ago, Khushi Kapoor shared a gorgeous video on Instagram. She effortlessly pulled off the ‘clean girl’ look as she donned a tank top with a cap and some accessories. She shared the video in the stories section of Instagram.
Check Khushi Kapoor’s video here
Yesterday, Khushi had shared a vacation photo dump on Instagram. In the photos, the star kid looked absolutely stunning. She also gave a glimpse of a concert and beach day. While sharing the post, “Calliiiiiii”.
Meanwhile, talking about The Archies, the web series will release on Netflix in 2023. It stars Shah Rukh Khan and Gauri Khan’s daughter Suhana Khan, Janhvi Kapoor’s sister Khushi Kapoor, Amitabh Bachchan’s granddaughter and Shweta Bachchan’s son Agastya Nanda, Mihir Ahuja, Dot, Yuvraj Menda, and Vedang Raina. The official statement of the announcement video read, “The film has the iconic gang of The Archies’ at the center of it, and perfectly matches the youthful energy, hope, and excitement of the sixties era. A musical experience bursting with youth, rebellion, friendships, first loves, and everything young adult, promises to have something for every generation.”
ALSO READ: On Sridevi’s birth anniversary, Janhvi Kapoor and Khushi Kapoor remember their mumma with heartwarming pics

Mamata appeals for peace amid violence across India