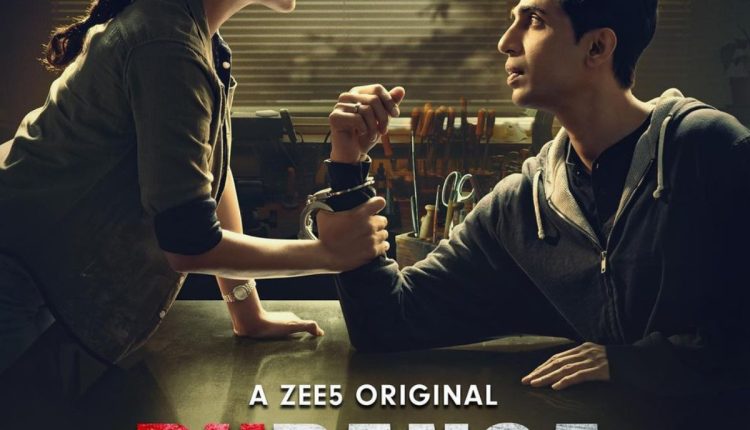 Duranga
Cast: Drashti Dhami, Gulshan Devaiah
Directors: Pradeep Sarkar, Aijaz Khan
Streaming On: Zee5
What meets the eye can sometimes be far from the truth. Sammit Patel (Gulshan Devaiah) and his wife, Mumbai Crime Branch Detective Ira Jaykar Patel’s (Drashti Dhami) life with their daughter Anya, is picture-perfect when viewed from afar. But step closer and one can clearly see the ghosts of Sammit’s past lingering over their present, and awaiting chaos. What will happen to this ideal family amid several murder mysteries, is the plot of Zee5’s new offering Duranga.
Directed by Pradeep Sarkar and Aijaz Khan, Duranga is the Indian adaptation of the Korean drama Flower of Evil. The series starts with Ira Jaykar Patel investigating a ruthless murder which has significant similarities with 20-year-old murders by a psychopathic killer by the name of Bala Banne. But little does Ira know that Bala Banne has a much more complex relation with her personal life than she can imagine.
From the first two episodes, it can be said that this Indian adaptation of the cat and mouse Korean thriller manages to capture and hold attention. The plot and screenplay keep one rather invested, and of course, at the edge of one’s seats. Being a nine-part series with around 30-minute-long episodes, the writers and directors take time to slowly introduce the watcher into the lives of the protagonists Ira and Sammit. The duration of the episode is crucial as thrillers might often suffer from the dangerous possibility of being stretched-out a tad bit too soon.
Talking about the performances, both Drashti and Gulshan deliver convincing performances as their characters maneuver around the cat and mouse thriller. Drashti is quite solid as Detective Ira Jaykar. Her acting is subtle and pleasing to watch. Coming to Gulshan, the actor is commendable in his complex, psychopathic character, and makes sure to keep the audience at the edge of their seats constantly. He nails the poker face when dealing with an obstacle, and quickly shifts to the ever-so-likeable neighbourhood guy in seconds, which is enough to leave one uncomfortable, but in an exciting way.

Adaptations can be tricky, but Duranga feels quite well-fitted in the Indian context. So, if you, like me, have not watched the original, there is little to worry. (Although one can always catch it later). All in all, Gulshan and Drashti’s show looks quite engrossing.
Watch Duranga on Zee5.
ALSO READ: Masaba Masaba S2 Review: Masaba Gupta & Neena Gupta rediscover themselves in fierce, honest & sassy new season

PHOTOS: Nayanthara and Vignesh Shivan make for a perfect couple in white as they take over Valencia streets

622,000 tonnes of grain shipped from Ukraine since deal: Turkey