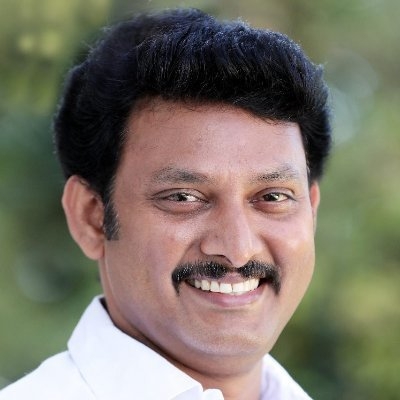 People have taken to Twitter and by early Wednesday # Resign_ AnbilMahesh is trending with more than 18,000 tweets.

The issue commenced after the appointment of Manikanda Bhoopathi as the CEO of Kalvi TV. He is a senior journalist who had worked with Dinamalar, Thanthi TV, was media head of the Puthiya Thalamurai web team, and co-founded Chanakya TV with Rangaraj Pandey, a right-leaning journalist.

Netizens argue that Bhoopathy has right leanings and appointment of him was an attempt to saffronise the education system in Tamil Nadu.

DMK leader and Dharmapuri MP, S. Senthilkumar in a tweet said, “The strongest supporter and harshest critic of the DMK party/ government are its humble #DMK cadres. They are an asset to the party. They will not let the party compromise/deviate in its ideologies and principles.”

Another leader of the DMK and party’s IT cell chief, TRB Rajaa called upon the DMK cadres to keep calm and added that the Chief Minister will take the appropriate decision at the right time.

Rajaa in a tweet said, “Even though powers that had slowly infiltrated against the principle of social justice show their head here and there at times, they will be identified and weeded out. CM is a person who thinks like the cadre. Keep calm, CM knows best.”

Meanwhile, the state Education minister told media persons that a person is judged only by the work he does and how suited he is for the post. He said that he does have the contact of Rangaraj Pandey on his WhatsApp but that does not mean that he agrees with right-wing ideology.

Anbil Mahesh Poyyamozhi is a close family friend of Chief Minister M.K. Stalin, and is also the president of the fans club of cinestar and legislator, Udayanidhi Stalin, son of the Chief Minister.