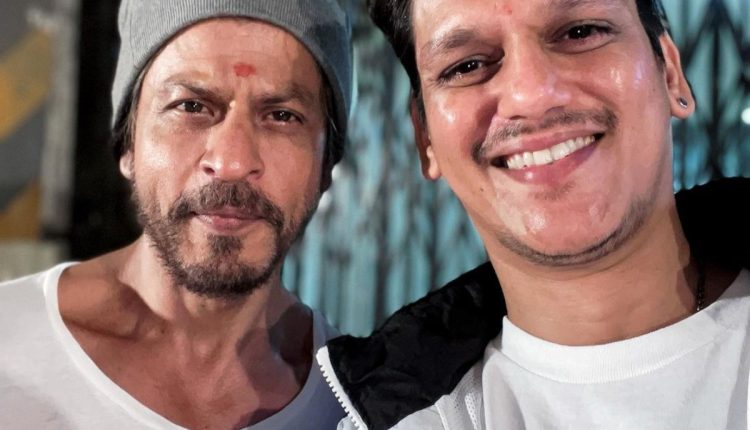 Vijay Varma is currently riding high on the success of his recently released film Darlings alongside Alia Bhatt, Shefali Shah, and Roshan Mathew. The actor has earned rave reviews for his performance as Hamza Shaikh, an alcoholic who beats his wife Badrunissa ‘Badru’ Ansari, played by Alia. The black comedy film was directed by Jasmeet K. Reen, in her directorial debut and produced by Gauri Khan, and Alia Bhatt (in her debut production), under the banners Red Chillies Entertainment and Eternal Sunshine Productions.

Now, Vijay Varma revealed that Shah Rukh Khan expressed his interest in playing Hamza’s role in Darlings. Talking to The Film Companion, the She actor said: “I remember somebody had told me that when Shah Rukh read the script, he said, ‘Agar main young hota toh main hi karta (If I was younger, I would’ve done this role)’, which was interesting for me to hear.” Further, he shared that King Khan’s interest in playing the part made him feel more confident. “That was also one of the reasons I felt that I could do this role, if Shah Rukh Khan thinks that he can do this role, being an absolute lover-boy and a sweetheart. Of course, I was scared to take up a role like this, but I’m very glad that it hit the nail on the head,” said Vijay Varma.

Meanwhile, Pinkvilla exclusively reported that Vijay has been roped in for Sujoy Ghosh’s segment in, Lust Stories 2. The Gully Boy actor’s character in Lust Stories 2 is very different from what he has played in the past, and the actor-director duo is excited to collaborate once again for this project. They will start shooting soon after they find their leading lady for the anthology.

Apart from this, Vijay will star next in Sujoy Ghosh’s adaptation of Devotion of Suspect X co-starring Kareena Kapoor Khan and Jaideep Ahlawat.

Deepika Padukone, Kareena Kapoor to Ananya Panday: 6 Celebs who proved ribbed tops are ever the chicest

Here’s how to tackle the weight loss plateau

26 trains delayed, 11 cancelled due to fog