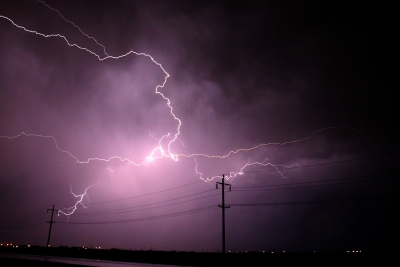 Amaravati, Aug 17 (IANS) Four farm workers were killed and three others injured due to a lightning struck in Andhra Pradesh’s Eluru district.

The incident occurred in Bhogole village on Tuesday.

The victims were working in an eucalyptus farm and had been resting in a tent in the field.

They had come for work from Annavaram in Kakinada district.

The injured were rushed to a government hospital at Eluru and were later shifted to Vijayawada for treatment.

The deceased were identified as Kondababu (35), Raju (28), Dharmaraju (25) and Venu (19). The bodies were taken to a hospital in Eluru for autopsy.

ITC Infotech recognized in the leadership zone for consumer…