Tuesday Trivia: Did you know Rajinikanth’s Panakkaran is a remake of one of Amitabh Bachchan’s blockbusters? 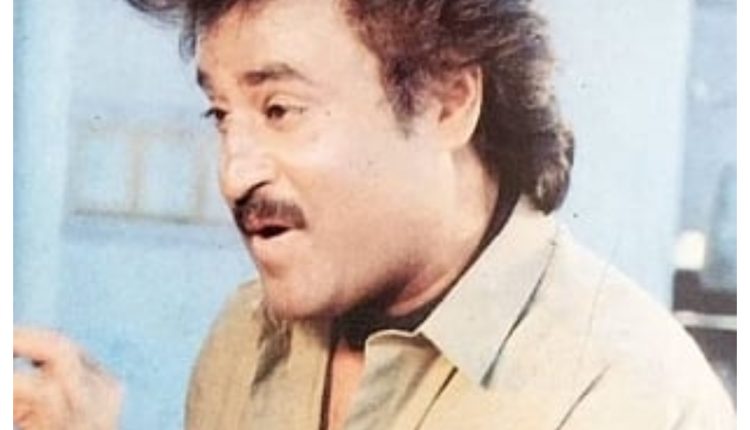 Superstar Rajinikanth’s movies need no introduction. His every film not only wins audiences’ hearts but also shackles box office records. One such movie of Rajinikanth is Panakkaran, released in 1990, and it ran in theatres for more than 100 days and managed to make crores. But did you know that this film Panakkaran of Rajinikanth is a remake of a Hindi film? And that too Amitabh Bachchan’s film? Well, yes, it’s true.
Panakkaran is a remake of Amitabh Bachchan’s Hindi film Lawaaris (1981) and starred Rajinikanth and Gautami. The film was released on 14 January 1990, Pongal day, and ran for more than 175 days in theatres. The Tamil remake was directed by P Vasu and marked the first of several collaborations with Rajinikanth.
While filming the song “Nooru Varusham”, Rajinikanth dressed in drag was received well acclaim from the audiences and critics alike. Panakkaran is a story of an orphan, played by Rajinikanth, who is disowned by his father before birth and the struggles he goes through to establish his legitimacy in society.
Today, Rajinikanth clocked 47 glorious years in the film industry. Rajinikanth began his film career with the Tamil film Apoorva Raagangal (1975), directed by K. Balachander. Following his debut in K. Balachander’s 1975 Tamil drama Apoorva Raagangal, Rajinikanth’s acting career commenced with a brief phase of portraying antagonistic characters in Tamil films. The Suresh Krissna-directed Baashha (1995) in which Rajinikanth played a crime boss, was a major commercial success in his career and earned him a ‘god-like’ status in Tamil Nadu.
Also Read: Rajinikanth completes 47 years: Aishwaryaa Rajinikanth celebrates Thalaiva’s ‘handwork, grit and dedication’
Meanwhile, Now, Rajinikanth has teamed up with director Nelson Dilipkumar for his next titled Jailer. The highly-awaited drama will go on the floors soon. It is believed that the shoot will commence either on the 15th or 22nd of this month. The music is composed by Aniruddh with Vijay Kartik Kannan as the cinematographer.

Travel Tuesday: 4 Things to do in Panchgani for an exciting vacation