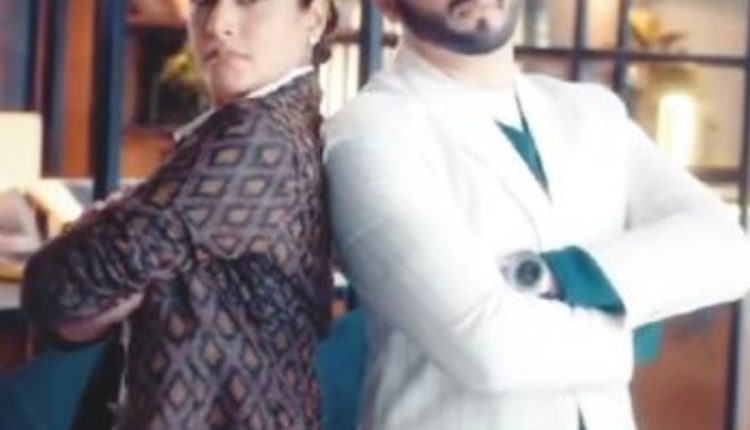 Dheeraj Dhoopar and Surbhi Chandna are among the most popular names in the entertainment industry. They have been part of several popular and highly successful TV shows individually, but to the amazement of their fans, the duo will be soon seen together in a new show ‘Sherdil Shergill’. It is a romantic comedy show, which will follow the lives of two stark opposite and hot-headed people.

Today, Dheeraj Dhoopar shared another promo of his upcoming show Sherdil Shergill featuring him and Surbhi Chandna. In this promo, we get to see a glimpse of Surbhi and Dheeraj’s bittersweet romance. Surbhi is seen as the ‘boss’ and Dheeraj is a ‘trainee’ and the actress can be seen giving life lessons to Dheeraj. Then the actor is seen saying that he wants to settle in life get married, and have kids. Surbhi is then seen holding a cute little baby and tells Dheeraj that apart from marriage there are many several ways to have babies. The caption of this promo read, “#SherdilShergill coming super soon on ur screens ! @colorstv”.

Click here to watch the new promo of Sherdil Shergill

The show narrates the coming-of-age story of an unusual yet tenacious girl, Manmeet Shergill, who takes some unusual decisions that change her life forever. She is young and ambitious and wants to make a name for herself in the male-dominated field of architecture. Manmeet has a chance encounter with a carefree young boy Rajkumar Yadav that paves way for a beautiful love story.

On the professional front, Surbhi Chandna rose to fame with Ishqbaaz in which she starred opposite Nakuul Mehta. Surbhi was seen in the popular TV show Naagin 5 opposite Sharad Malhotra, with whom she also appeared in a music video. Surbhi recently collaborated with Arjun Bijlani for a music video titled Ho Gaya Hai Pyaar.

On the other hand, Dheeraj was a part of the popular daily soap Kundali Bhgaya for 5 long years and his on-screen chemistry with his co-star Shraddha Arya was adored by their fans.

Ramp in airplane, what’s next?