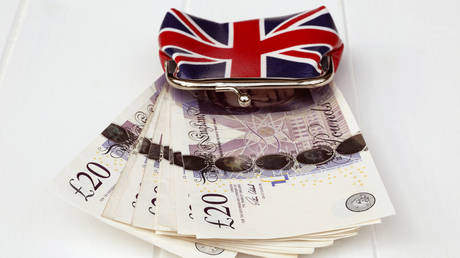 Inflation is pushing up the cost of living, outpacing income growth

Real wages in Britain, after accounting for inflation, have plunged by an annual 3% in the April to June period, data from the UK Office for National Statistics (ONS) released on Tuesday shows.

“The real value of pay continues to fall. Excluding bonuses, it is still dropping faster than at any time since comparable records began in 2001,” Darren Morgan, ONS director of economic statistics, said, as cited by CNBC.

According to the ONS, the average salary, excluding bonuses, grew by 4.7%. However, the cost of living has virtually erased the effect of these gains on purchasing power, having soared during this period due to higher energy and food costs.

UK inflation surged to a 40-year high of 9.4% in June, and experts predict it will grow above 13% by October. In a report published last week, the Trades Union Congress (TUC) said wage increases in the country could by then fall behind inflation by almost 8%, which would be the biggest drop in UK real wages in 100 years.

Relieved that we have specialist death bowlers: Dhoni

Saint Laurent Is Back On Paris Fashion Week Schedule