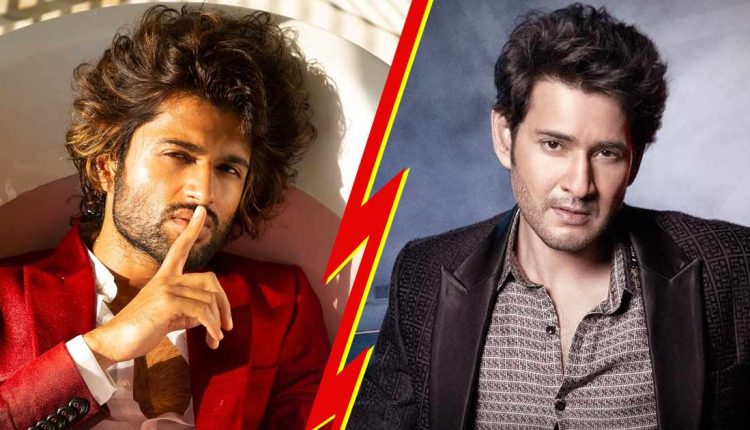 The rising star and the handsome hunk of South Industry, Vijay Deverakonda is currently neck deep busy promoting his upcoming pan-Indian film, Liger with his co-star, Bollywood diva, Ananya Panday. However, in one of the promotional events, the actor got trolled by another South Indian superstar, Mahesh Babu’s fans after he stirred up a controversy with his remarks.

Vijay Deverakonda being an outsider to the film industry, made it big with his acting skills and charming looks. He rose to fame with the movie, Arjun Reddy, and then, he never had to look back. Now, he is gearing up for his Bollywood debut with the film, Liger.

In one of the promotional events, when a media person asked Vijay Deverakonda what he thinks about Mahesh Babu, the actor took sometime to respond. After which he mentioned that he likes him. However, that short pause didn’t go well with Mahesh Babu’s fandom.

When Samantha Reportedly Slapped A Fan & Yelled At Others After Being Irked With Him For Pulling Her During A Promotional Event!
Project K: Prabhas & Deepika Padukone Starrer Sci-Fi Film To Be Divided Into Two Parts? Find Out

As soon as Mahesh Babu’s fans started trolling Vijay Deverakonda, his fans didn’t sit back which led to the war of words. As reported by News18, Mahesh Babu and Vijay Deverakonda’s alleged verbal rivalry begun when the movie, Jana Mana Gana was given to Vijay after Mahesh dropped out due to clash of dates.

During an event, a journalist asked Vijay what does he think about Mahesh being the first choice of the director, Puri Jagannadh. To that, the Arjun Reddy star had replied, “Mahesh cannot do it. I will do it, show it and then make it hit.” This infuriated Mahesh Babu’s fans and stirred up many controversies.

What do you think about Mahesh Babu and Vijay Deverakonda’s alleged verbal fight?

Stay tuned to Koimoi for more.

Must Read: RRR Gets A Hilarious Honest Trailer Which Mocks Its Over-The-Top Quality, Gets Compared With The Fast & Furious Franchise & More

The post ‘Liger’ Vijay Deverakonda’s Fans Get Into War-Of-Words With Mahesh Babu’s Fans After His Response About The Latter Went Viral At JGM Event appeared first on Koimoi.

One dead following landslide in Mizoram