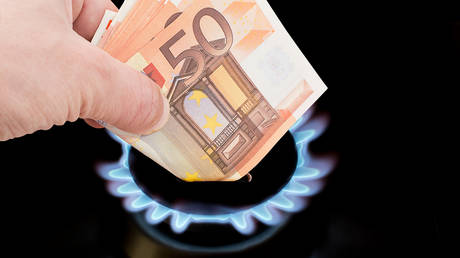 Russian state energy giant Gazprom on Tuesday warned that gas prices in Europe could surge by 60% this winter.

“European spot gas prices have reached $2,500. According to conservative estimates, if such a tendency persists, prices will exceed $4,000 per thousand cubic meters this winter,” the company posted to its official Telegram channel.

Gazprom’s exports to Europe are running at reduced levels this year due to Ukraine-related sanctions and technical issues.

However, the Russian company maintains that it supplies gas “in accordance with confirmed requests.”

As Russia remains the EU’s largest source of natural gas, European gas prices have quadrupled since the start of the year on thinning flows. Earlier on Tuesday, the cost of gas futures on the TTF hub in the Netherlands exceeded $2,600 per thousand cubic meters for the first time since March, which is about 13% above the previous day’s settlement, data from the London Stock Exchange ICE showed.

Meanwhile, Gazprom’s shipments to Asia have surged. Flows through the Power of Siberia pipeline regularly exceed the daily contracted quantities, according to the company. For instance, in January-July Gazprom supplied 60.9% more gas to China via this pipeline compared to the same period in 2021.

Scrutiny intensifies on US owners after English giant’s latest humiliation

‘The Battle At Lake Changjin’ Box Office: Continues To March…

Wine that shares name with volcano in demand