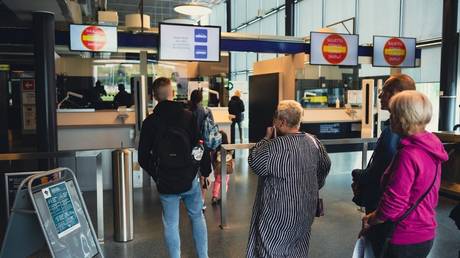 Finland’s Foreign Ministry announced on Tuesday that it will cut the number of entry visas available to Russians in half, with just 100 tourists allowed in per day. Along with a number of Baltic states, Finland has called on the EU to impose a wholesale ban on entry from Russia.

The ministry said that these quotas may be changed at a later date, and added that Finland “supports the complete suspension of the visa facilitation agreement between the EU and Russia,” a move that would more than double application fees for Russians.

The three Baltic states – Estonia, Latvia, and Lithuania – have already ceased issuing visas to Russian citizens, and are among the most vocal proponents of an EU-wide ban. Finnish Prime Minister Sanna Marin has also spoken in favor of such a ban, telling Finnish broadcaster Yle last week that it’s “not right” that Russians “can live a normal life, travel in Europe, be tourists.”

While the EU suspended all flights to and from Russia after the start of Moscow’s military operation in Ukraine in February, Russian citizens can still enter the bloc by land. Once granted a visa by one Schengen zone country, any of the other 25 states in the border-free travel zone can be entered.

Calling the West’s current anti-Russian sanctions “weak,” Ukrainian President Vladimir Zelensky has demanded that the EU and its allies impose a full embargo on all Russian visitors for at least a year.

The EU has resisted such a move, with officials telling the Financial Times last week that “Russians not in favor of the war need to be able to travel too.” A spokeswoman for the European Commission suggested recently that a blanket ban would be unlawful, while the EU’s largest economy, Germany, has said that it would not back such a move.

CBI is only ally of BJP left: TMC on notice to…