‘False reports’: Union govt to SC on allegations of rising attacks against Christians 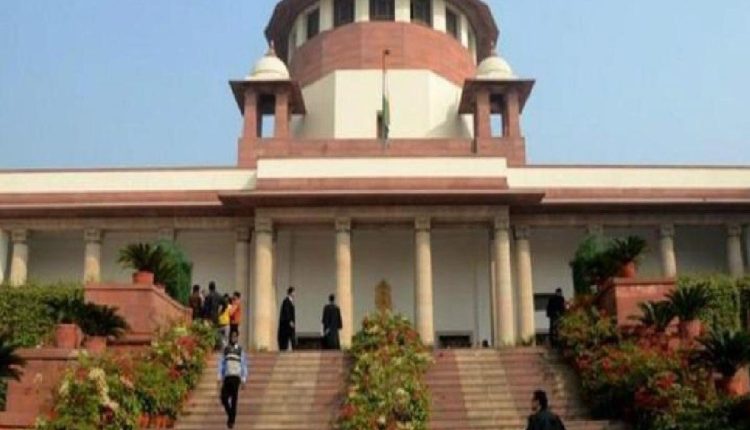 Court
The Ministry of Home Affairs claimed that it suspected a hidden agenda behind such petitions, “perhaps for getting assistance from outside the country to meddle with internal affairs of our nation.”
IANS

Supreme Court of India/PTI
The Union government told the Supreme Court on Tuesday, August 16, that there is no merit in a plea alleging increasing attacks on Christians in the country. The government said such “deceptive petitions” are creating unrest in the country, and alleged that they were perhaps seeking to get assistance from outside the nation to meddle with the internal affairs of the country. In a written response, the Ministry of Home Affairs said: “It is submitted that there appears to be some hidden oblique agenda in filing such deceptive petitions, creating unrest throughout the country and perhaps for getting assistance from outside the country to meddle with internal affairs of our nation.”
The ministry claimed that the petitioner had resorted to “falsehood” and “self-serving documents”, and also cited press reports where Christian persecution was either “false” or “wrongfully projected”. The MHA said: “It is submitted that on a preliminary ascertainment of truthfulness of the assertions as alleged in the petition, on the basis of inputs received, it is found that the petitioner has resorted to falsehood and some selective self-serving documents. The present affidavit seeks to point out the said inputs to this court.”
The ministry said that incidents of minor disputes, where no religious or communal angle existed, had also been published in the “self-serving reports” as instances of violence against Christians. It alleged that the petitioner, based upon such “self-serving” articles and reports, wishes that the apex court conducts a “fishing enquiry” in the entire country without informing the court that none of the facts is verified by the petitioner or the organisations who have prepared the reports.
Read: Violence against Christians on the rise in India, says religious rights body
The government claimed in some cases, incidents of a purely criminal nature and arising out of personal issues have been categorised as violence targeting Christians. “It is submitted that a perusal of half-baked and self-serving facts and self-serving articles and reports culminating in a petition — based upon mere conjectures — clearly appears to be for an oblique purpose,” added the MHA. The ministry claimed that it is a recent trend that certain organisations have started planting articles and preparing self-serving reports themselves or through their associates, which eventually become the basis of a writ petition/PIL.
“This is a hazardous trend and defeats the very object as to why PIL jurisdiction was originated by this court,” the MHA said in its response. The government said the petitioners claimed to have based the petition on information gathered through sources like press reports, independent online databases and findings of various non-profit organisations. “The individual instances mentioned by the petitioner by placing reliance on reports of news outlets also shows a deliberate distortion of facts regarding the events that unfolded in the said incidents,” said the MHA.
The MHA said in reference to the annexure regarding ‘Christians under attack in India – a fact finding report’ prepared by the Association for Protection of Civil Rights (APCR), the UCF, and United Against Hate (UAH), “The incidents, quoted here, from the UCF, PR and EFI/RLC’s reports were based on the alleged calls on their helpline and social media sites and the said organisations have no mechanism to corroborate the incidents reported to them over the helpline or their websites.”
The MHA submitted that a preliminary fact check of the mentioned incidents and the inputs received revealed that in the said report, about 162 incidents were not truthfully recorded and the remaining 139 were either false or deliberated projected wrongfully as instances of targeted violence against Christians.
The MHA’s response came on a plea alleging a rising number of attacks on Christian institutions and priests across the country and seeking the implementation of its guidelines to curb hate crimes. The petitioners — Rev Peter Machado and others — sought the implementation of guidelines issued by the apex court in the 2018 Tehseen Poonawala judgment.
Solicitor General Tushar Mehta submitted before a bench headed by Justice DY Chandrachud that the MHA has filed its response in the matter. Senior counsel Colin Gonsalves, representing the petitioners, sought time to file a rejoinder. The top court has scheduled the matter for further hearing on August 25.
Read: Why Archbishop Anthony Poola’s elevation as Cardinal makes Dalit Christians hopeful

Wanted to come out of comfort zone: Kohli on batting 1st