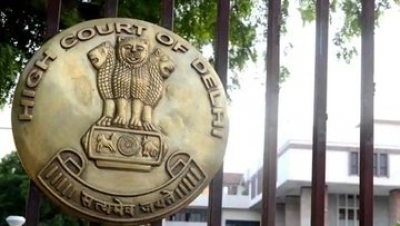 New Delhi, Aug 16 (IANS) In order to improve the ‘ecosystem’ of sports bodies and structurally reform them, the Delhi High Court on Tuesday put the affairs of the Indian Olympic Association (IOA) in the hands of a Committee of Administrators (CoA) in line with a recent Supreme Court order.

The court also directed the Centre not to grant recognition or any facility to the Indian Olympic Association or any National Sports Federations (NSFs) if they refuse to comply with the Sports Code.

“..the legal regime apropos sports administration in India has to be implemented fully and effectively. Compliance with the Sports Code is non-negotiable,” a division bench of Justice Najmi Waziri and Justice Manmohan stated in an order.

The court noted that “..electoral colleges of most of the sports bodies are controlled by a few individuals where genuine sportsmen find it difficult to get elected and play an important role in management. Most of the sports bodies are split down the middle. Even the Electoral College/ list of authorised representatives to attend and vote at the General Body meeting of the IOA is seriously disputed.”

The CoA would be at liberty to make all appropriate arrangements for the governance of IOA until fresh elections are held in terms of a constitution conforming to the Sports Code and as noted hereinabove, the 72-page order said.

All NSFs complying with the Sports Code and representing Olympic sports, will automatically qualify for IOA membership subject to completion of formalities. Accordingly, the application of Indian Golf Union shall be so considered by the IOA within four weeks, for full voting rights and it shall be a part of the electoral college, as per the order.

” If a sports federation does not comply with the law of the land, it will receive no recognition from the Government. All benefits and facilities to it will stop promptly. It is better that a legitimate body represents the cause of sportspersons than one simply masquerading as the real champion of Indian sports. Fairness and legitimacy needs to imbue all public affairs. Recalcitrant entities which defy adherence to rules of the game, while continuing to unjustly enjoy government?s largesse and patronage, must be called-out,” the order said.

“Governmental monitoring of compliance is expected to be prompt, robust and meticulous at all times,” it stressed.

PM appeals to farmers to end agitation against farm laws