Verdict in shooting down of MH17 flight due on Nov 17 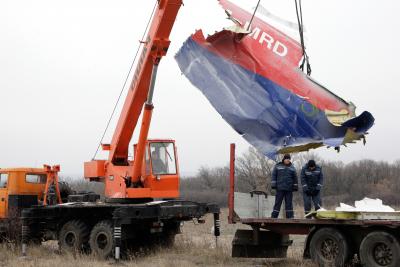 The Hague, Aug 16 (IANS) A Dutch court has set a date for a verdict against the four people accused of the shooting down of Malaysia Airlines flight MH17 over eastern Ukraine which claimed the lives of 298 people eight years ago.

The verdict is to be announced on on November 17, the court said in The Hague on Monday.

The Malaysia Airlines jet was shot down in July 2014 above eastern Ukraine while en route from Amsterdam to Kuala Lumpur, dpa news agency reported.

At the time, there was fierce fighting between the Ukrainian army and pro-Russian separatists.

International experts and investigators found that the plane had been shot down by a Russian surface-to-air missile of the Buk type.

As most victims were Dutch, the trial is taking place in the Netherlands.

Prosecutors are calling for life imprisonment.

The trial of four former leading pro-Russian rebels, all of whom were tried in absentia, began in March 2020.

The prosecution has demanded life imprisonment.

The defendants, three of whom are Russian and one Ukrainian, are believed to be in Russia, but Moscow has refused to extradite them, blaming Ukraine.

The defendants are said to have procured, transported and deployed the anti-aircraft missile, based on evidence including photographs, satellite footage, intercepted phone calls and radio traffic.

Only Oleg Pulatov, then deputy intelligence chief of the pro-Russian separatists in the region, was represented in court but swore he was innocent, in a video message to the court.

His defence lawyers pleaded for acquittal, speaking of major gaps in the investigation.

The prosecutors were one-sided and biased, they said.

At 40, James Anderson has no plans of slowing down as South Africa Test series beckons