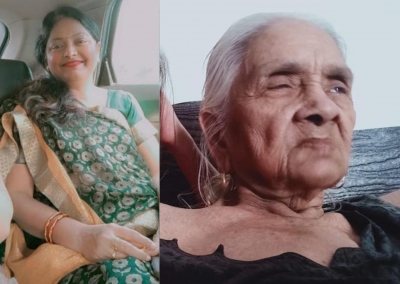 New Delhi, Aug 16 (IANS) A woman and her mother-in-law were stabbed to death by unknown assailants in Delhi’s Shahdara area, police said on Tuesday.

A senior police official said the victims were identified as Dolly Roy and her mother-in-law Vimla Devi.

“They were at home when the incident happened. Vimla has two sons, both were not in Delhi. This morning when the two sons reached Delhi, they found the door closed from inside. They opened it with another key. When they went inside they discovered the bodies lying in pool of blood,” said the official.

The police said that cash and valuables were missing from the house and preliminary investigation suggests that the assailants had a friendly entry in the house.

“The assailants even tied the pet dog with a rope. We have sent the bodies for the post-mortem and lodged a murder case,” said the police.

The official said that they were examining the CCTV footages of the area to get a clue about the assailants and several teams have been formed to crack the case.

S.Korea, US to stage preparatory military drills before major exercise