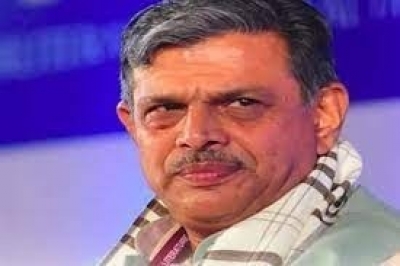 He said that this has been so far unseen, unheard of enthusiasm in the history of India’s Independent history and that all are happy to participate in the nationwide celebration.

He was speaking after hoisting the national flag at an Independence day celebration held at East Tambaram in Chennai on Monday.

The RSS leader said that President Droupadi Murmu had requested the citizens to remember our freedom fighters, especially tribals and those who lived in the hilly regions during her maiden address to the nation on the eve of Independence day. Dattatreya Hosabale also hailed the Prime Minister’s Independence day speech.

Dattatreya Hosabale praised the sacrifices of freedom fighters from Tamil Nadu, including Subramania Bharati, Sathya Murthy, Muthuramalinga Thevar, Velu Nachiyar, Kuyili, Shri Aurobindo, and other freedom fighters. He also said that people must remember all people from Tamil Nadu who had fought for the freedom inspired by Bal Gangadhar Tilak, Mahatma Gandhi, Aurobindo, Savarkar, and others.

The RSS Sar karyawah praised the progress of the country in the last 75 years and said, “Today Bharat is in a respectable and commendable position in the world. But the work is not over, the journey has not ended and all must dedicate ourselves to the noble task for the development of the country.”