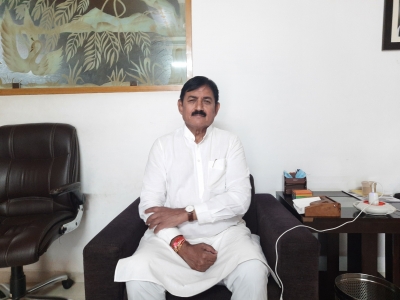 <br>Speaking to IANS Solanki said, “Once the Congress joins with like minded parties, it will have a straight fight with the BJP, there may be one or two other parties in the fray, but their presence will be only negligible or on a few seats. There is no possibility of a triangular or four cornered contest.”

Bharatsinh is the son of former Chief Minister Madhavsinh Solanki, who had coined ‘KHAM’ (Kshatriya, Harijan, Adivasi, Muslims) social engineering in the state. He believes times have changed now only social engineering does not work, no party can be dependent on any one or a few communities, now small groups or communities are to be taken seriously.

There is a huge difference between 2017 and 2022. This time people are very annoyed with the ruling BJP in the state, inflation, unemployment are major issues. The Congress will not just raise these issues but will come out with solutions. It will plan to boost the state economy and see that people’s income increases, along with that taxation has to be restructured to boost trade and industry, explained Solanki. This will help the Congress to reach voters and win the hearts of people, and gain power in the state.

Avoiding a direct answer on projecting a chief ministerial face and factions in the party, Solanki said that it up to the party national leadership to decide whether they want to project any one person or not, I can’t suggest it. He added that all state leaders are working together for the party’s victory.

Explainer: Will your current smartphone give you 5G experience?