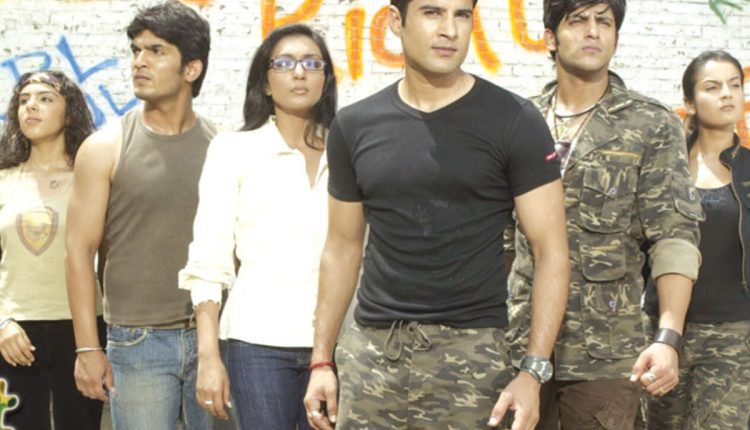 Indian Television has been providing entertainment to households over the past several decades. The makers have experimented in several genres including mushy love stories, family drama, humorous comedy, and historical shows, among others. The TV shows had given name and fame to numerous actors including Hina Khan, Divyanka Tripathi, Karan Kundrra, and others. As the country celebrates 75 years of independence this week, it evokes a sense of pride and also reminds us of the sacrifices that our freedom fighters made. On this prideful day, you can binge-watch these 5 television shows to wake up the patriot inside you.
Fauji
Bollywood star Shah Rukh Khan debuted on television with the show Fauji. The show was aired on Doordarshan and revolved around the life of Abhimanyu Rai (played by SRK) in a commando school. It was a light and engaging show. The direction, unique script, and superb acting attracted the viewers.
Saara Akash
Saara Akaash starred popular actors Sai Deodhar, Shakti Anand, Sonal Sehgal, Kiran Kumar, Parmeet Sethi, Manav Gohil, Manish Goel, and Anuj Saxena in the lead roles. The show depicted the personal and professional lives of Indian Air Force officers. The show, which was aired on Star Plus in 2003, was supposed to end in 2004 but got a year’s extension due to good viewership.
Sea Hawks
Sea Hawks that starred Om Puri, R Madhavan, Niki Aneja, Milind Soman, Anup Soni, Simone Singh, Manoj Pahwa and others in the lead roles was aired on DD Metro in the late 90s. It was the number one show for almost a year. With Annirudhya Mitra of UTV being its executive producer, the Anubhav Sinha directorial show was based on the life of Indian Coast Guard officers. It was the only Indian TV show that was shot on land, air, water, and under the water in various locations including Mumbai, Goa, Daman, and Mauritius.
Pukar
Rannvijay’s first fictional TV show Pukaar: Call for the Hero. It revolves around the life of an army officer Rajveer Shergill played by Rannvijay of course. The show was directed by Vipul Amrutlal Shah and is a hardcore action show.
Left Right Left
The show aired on SAB TV in 2008 and is based on Kanchenjunga Military Academy where soldiers are trained to serve in the Indian Army. Left Right Left featured top telly actors including Rajeev Khandelwal as Captain Rajveer Singh Shekhawat. The show started as a story of vengeance but soon developed sub-plots related to terrorism espionage and sleeper cells. It shows how young and motivated individuals can make a difference in taking care of the security of the country.
Param Vir Chakra
This show featured some of the most prominent actors of the day, like Naseeruddin Shah and Farooq Sheikh. Directed by Chetan Anand, the show portrayed real-life Param Vir Chakra awardees in action. It received critical acclaim when it aired on Doordarshan. The first episode of the series featured the first recipient of the award, Major Som Nath Sharma of the Kumaon Regiment.
Also read-Rajeev Khandelwal REVEALS if he will be a part of the new season of Left Right Left