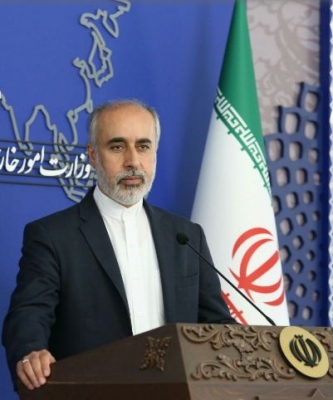 Tehran, Aug 13 (IANS) The Iranian Foreign Ministry spokesman has said the US “fabrication of stories” about a “politically bankrupt element, a known terrorist and a coup plotter” against independent states is a “deceptive bid to escape international responsibilities”.

Nasser Kanaani made the remark on Twitter on Friday, in reaction to the US Justice Department’s move to charge a member of Iran’s Islamic Revolution Guards Corps with “plotting to assassinate” John Bolton, former US National Security Adviser, Xinhua news agency reported.

He slammed Washington for keep levelling the “baseless” accusations against Tehran, saying “such fanfares won’t whitewash US regime’s image, but make Iranians and the world more resentful of it”.

In a separate statement published on the Ministry’s website on Thursday, Kanaani added that such moves are a continuation of Washington’s failed policy of spreading Iranophobia, adding Iran firmly warns against any action against its nationals based on such “ridiculous” accusations.